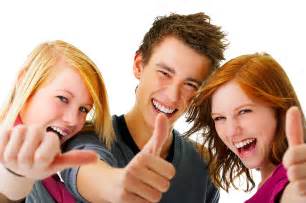 We are looking at the major characteristics of the youth today. We need to understand how the young people today see their world and interact with it. As the Church tries to reach them with the Gospel we need to recognize that the message does not change but the methods we use to reach those who don’t know Jesus must change. And, often we cannot know the changes we need to make unless we first come to understand the mindset of the youth we are attempting to reach.

The Millennial generation as they are known are an amazing and large segment of the world’s population today. And, before we broke for the summer and early fall, we saw that there are many amazing characteristics of this generation what we need to come and understand…

So far we have looked at the following:
They are sheltered
The are special (entitled, narcissistic)
They are confident
They are team-oriented
They are conventional
They are pressured
They are achieving

This generation is very familiar and very dependent on the technology that allows them to have instant communications with others. This includes, Facebook, Instagram, text messaging, and other social apps. They no longer rely on the standard television and radio media for their news as the older generation does. They are into digital technology and it impacts the way they receive information as well as the way they relate to the world around the.

They are liberal in their approach to politics and economics. They also have a higher level of unemployment than other generations before them due to the Great Recession. And, they approach social change in a way that has been called “pragmatic idealism” and want to be involved in changing society and basic social values.

The young people today are very open and tolerant of most things in life. A good example, they are accepting and open about homosexuality. Even those that consider themselves to be believers see nothing wrong with being attracted to people of the same sex. They see this as a personal choice and thus not wrong, though different from their own lifestyle. Thus, they are viewed as tolerant and accepting.

This generation is very defensive of their life style and are often not open to others seeking into their lives. They are somewhat self-contained and thus not looking for constructive advice or input. They have a very independent spirit and simply prefer to live life the way they choose and have the values that others in their peer group hold to. So, they are defensive of their life-style.

The Millennial generation, compared to past generations, is considered to be affluent. They have the financial means to do almost anything that they want to. They are world travellers and spend a large potion of their income on non-essentials. They farewell educated and thus often well paid in their chosen professions. They are less concerned with some of the basics like owning a house and more focused on building relationships and experiencing new places and making new friends in the nations of the world.

YOUR WALK WITH JESUS (and His Church)

How To Be The Church
Scroll to top