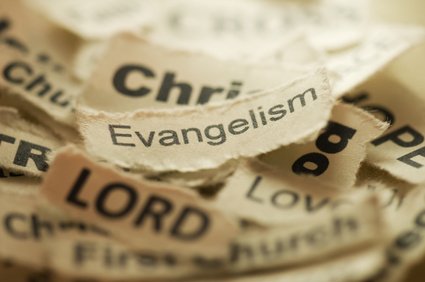 In yet another ridiculous end-of-the-world assertion, Harold Camping claims that people who accepted Jesus Christ as their Savior after May 21 aren’t really saved at all.

If you didn’t believe in your heart and confess with your mouth that Jesus is Lord before Camping’s trumpeted “Judgment Day,” he argues, it’s too late for you.

The 90-year-old Family Radio Founder (Sirius-XM Satellite Radio station), also known in some circles as the “prophet of doom,” maintains that the world has been under God’s judgment since May 21. Camping had predicted the world would end on that day. When it didn’t, he claimed May 21 was indeed Judgment Day in a spiritual sense and that the world would probably end on Oct. 21.

“What really happened is that God accomplished exactly what He wanted to happen. That was to warn the whole world that on May 21 God’s salvation program would be finished on that day,” a page on Family Radio’s website says.

“Thus we can be sure that the whole world, with the exception of those who are presently saved (the elect), are under the judgment of God, and will be annihilated together with the whole physical world on Oct. 21, 2011, on the last day of the present five months period,” the website says.

“On that day the true believers (the elect) will be raptured. We must remember that only God knows who His elect are that He saved prior to May 21. You, too, without your knowledge may have become saved before that date. Anyone can continue to beseech God for mercy because salvation and the election program are entirely in God’s hands.”

I am amazed at the power of some of these false prophets or prophets of doom. They have very large followings and are almost never accurate in the words that they give and never right when it comes to setting dates, of course.

I am amazed at the amount of air time they receive as well – time after time – in spite of the fact that their “prophetic words” never come to pass.

And it is sad that they give all evangelical Christians a bad name and a poor reputation as people who don’t know the truth often simply lump all Christians into the same category.

So, don’t stop witnessing until you see the skies open and Jesus descending with a trumpet call and the angels who are coming to separate the wheat and the tares on that great and wonderful Day of the Lord.

My Definition of Evangelism