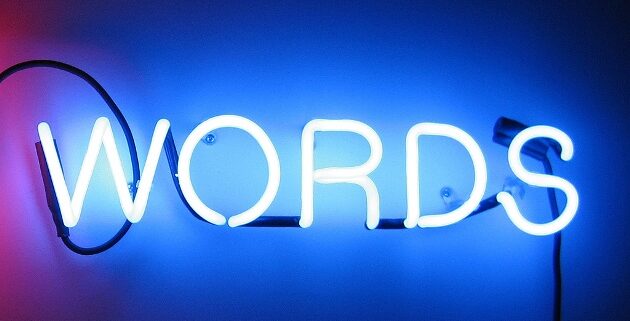 Another word that has lost its meaning is the word “missionary.” Missionary is not a Bible word, but it is a word that has come to define the response to Jesus’ command to go out with His message. A missionary or a missionary group is an individual, a family, or a team committed to proclaiming the gospel of the kingdom. It is often a word used to describe a person who proclaims the gospel to people who have never heard and people who have little chance of hearing. Often workers who share their faith are required to learn other languages and cross cultures; often, that is required even in our home countries due to the diversity of nationalities and languages now present in almost every nation.

In reality, the word should not be used. However, often it is used in reference to a leader in the Bible who is actually in the role and calling of an apostle. Paul and Barnabas being two examples. Words that could be used in place of the word ‘missionary’ could include “worker,” “sent out ones,” or “overseas workers.”

However, truth be known the real word to be used should be “disciple” or “follower” because all true believers are called to “go into all the world and make disciples” (Matthew 28:19). Going  out to proclaim the gospel does not make you a missionary. Nor does it make you a “worker.” It simply means you are being an obedient follower or disciple of Jesus. Could we call them “sent out ones?” Yes! Because the church was always meant to be apostolic. The word apostle means “the sent one.” So, when apostles are part of the ministry team and the foundation of the local church, then the church, under the leadership of an apostle, becomes apostolic. The people come to understand the need to “go into all the world” and so become apostolic (sent out ones) in their nature, in their thinking, and in their actions.

The root idea of “mission” is the sending activity of God. In one sense, certainly, Jesus sends His followers to their families and friends and neighbours. In a deeper and true biblical sense, Jesus ultimately sends His followers to proclaim His grace throughout the entire world.. starting in Jerusalem, through Judea, on to Samaria, and then to all the people groups, especially in places where His grace has not yet been proclaimed. Scripture is clear in helping us to understand that, in this sense, every believer is a sent out one. The command to be on mission is a command common to every follower of Jesus. It is a command to be both local and global.

The word “pastor” is another word that has lost its original meaning and almost any meaning in today’s world. The word ‘pastor’ appears once in the New Testament and it is in regard to the fivefold, trans-local ministry of Ephesians 4:11-12.

“And he gave the apostles, the prophets, the evangelists, the shepherds and teachers, to equip the saints for the work of ministry, for building up the body of Christ…”

This ‘pastor’ travelled as did the other four of the fivefold ministry team. However, as soon as we hear that word today we do not think “trans-local” but local … the leader of a local church. This was never the plan in the early church as seen in the New Testament. It was also not the plan the Lord had when He stated He would build His Church. The local churches in the New Testament were all led by apostles … James as leader of Jerusalem is an example. The spiritual oversight of the local assembly was in the hands of a group of elders, not a solo pastor. The work was done by the saints as they were equipped by the fivefold ministers. So, there was no need for a local full-time, paid pastor nor a part-time bi-vocational pastor.

Let’s admit it… there are 59 “one another” versers in the New Testament and no one man or woman – no pastor – can fulfil all 59 of these commands for every person who is a member of the local assembly no matter how big or small the assembly is. So the five-fold pastor comes in to a local assembly and teaches the people how to care for “one another” and thus fulfill the 59 ‘one another’ commands.

There are many other words that we use as believers that have lost their original meaning or all meaning … but these are the ones that really bother me personally and that, I believe, are preventing the Church from the needed changes that will take it in to an effective, fruitful, and productive future.

Words That Have Lost Their Meaning – Part One

Cleaning Out the Clutter
Scroll to top