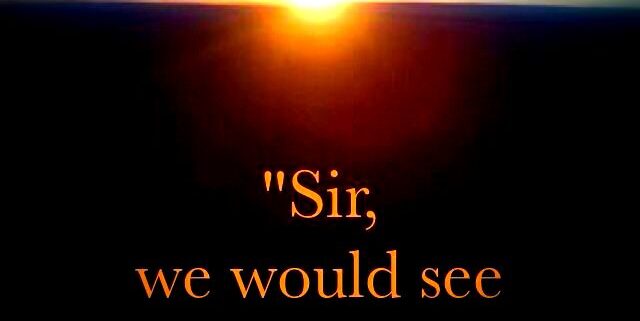 Last week there was a passing comment by someone I love dearly that he had cut off Facebook contact with someone who is a family member and professing Christian. The reason: this person is spreading conspiracy theories and “Fox News” material through his posts on Facebook. I had a short chat with this same person this summer during which he mentioned a number of off-the-wall (yes, my opinion) theories that are circulating within the Christian community and wider society. A short chat because I ended the brief visit because of the stream of unfounded conspiracy theories and false prophecies (again, my opinion) he was sharing freely and without my asking or being interesting in the least.

So I ask the question: “What are we (Christians) involved in all this stuff?” And, the question is important because the current conspiracy theories are only the tip of the iceberg of the many things believers are occupying their time with. Just last week I was in touch with a great believer and leader I have known for several decades and she was dealing with a flood of texts from others about Pope Francis throwing out and cancelling the Bible as a book to be read and followed. Come on folks. We can do better.

I find it amazing to see what many believers are occupying their time with fake news and an avalanche of conspiracy theories about Trump, the recent presidential elections in the United States, Covid-19, and so many other things. And, right along side of all this, the number of false and misleading prophetic words floating around Facebook and the internet in general. False prophecies being accepted as valid and occupying people’s time , prayers, and conversations.

It is as if Jesus is simply not enough.

I just marked my 45th anniversary of being born agin and encountering Jesus and His amazing love for me. In that 45 years I have read the Bible from cover to cover over 100 times and the New Testament many more times than that. I have written and preached thousands of sermons. I have a shelf full of books about Jesus that I have read and digested (with a few new ones to read in 2022). And I sense and feel that I have barely scratched the surface of what there is to learn and know about Jesus, His love and grace, His Church, and His plans for the evangelization of the whole world.

So, I don’t have a lot of time – in fact, I don’t have any time – to become involved in the rumours, conspiracies, false prophetic words, and other miscellaneous things that believers are focusing on. There are people in your world and in your neighbourhood who need to know Jesus, His love and His grace. And, they will come to know Him by seeing how much we love Him, each other, and those who do not know Him. Jesus said, “they will know you are My disciples by your love.” And our love for Him is not evident in all the fake news, false prophetic words, and ridiculous conspiracy theories that many believers are speaking about and spreading.

I find Jesus is more than enough and I don’t need to be adding other lesser things to my focus and daily conversations – especially things that don’t edify or build up. We are called as believers “to speak the truth in love…” and to “do all things as unto the Lord.” Let’s focus on loving others in thought, word, and deed. Let’s show the world the real Jesus. Yes, that may mean having to really discover Him for yourself first before you can truly speak about Him to others. Many have a religious Jesus but not the real Jesus of Scripture.

In John 12 a group of spiritually hungry men come up to Philip, one of Jesus’ disciples, and say “See, we would like to meet Jesus.” Many of our neighbours and friends are, in various ways, saying the same thing to each of us. They need to see Jesus. They want to see Jesus. And, so we need to be focused on Jesus – who He is and what He did and is doing. We need to adjust our lifestyle so that it speaks about Him. We need to walk in His love and give it away. And, that is a full-time focus leaving no room for the false prophetic, conspiracy theories, or even personal opinions. Just Jesus!

And We Go To Church Because?
Scroll to top