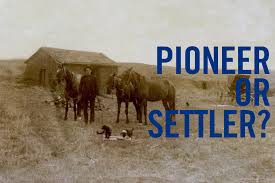 On Sunday we were discussing the Church that Jesus is building and some of the history of how the Church started so well but so  quickly went off the tracks… And, we looked at some of the major changes that the Head of the Church, The Lord, would be having His people (the Church) make to bring us to the place where we are truly His Church…

In these three supplementary articles or blogs we want to look at the church that is – the pastoral model – and then compare it to the church that will be – the apostolic model. Let’s jump in…
The pastoral model (not a biblical model because there was no such thing as a “local” pastor in the early church): The church led by a pastor focuses mainly on the local church; he knows his congregations by name, remembers their birthdays, and has all their phone numbers on speed dial in his cell phone

6> Developing leaders The pastoral mentality does not know how to develop or make leaders; that is why they can only reach a certain level in their spiritual growth and then are unable to continue to grow in their walk with The Lord, become frustrated, and leave to go to another church. Of course, this often simply means they repeat the same process in another place. Thus at the end of 40 years of ministry they will have had 5 years of experience relived eight different places.

The apostolic mentality is to train and equip his spiritual children; leaders that serve and carry out the expansion of the work of the ministry. The apostle delegates a job and concentrates on creating strategies for the Kingdom and the expansion of the Kingdom into new territory through church planting. His ministry attracts and draws talented leaders to his side and because he is able to identify and train them the local church continues to grow in numbers and in spiritual strength. The apostle is not in the least threatened when his sons in the ministry become well known and respected and can begin to minister in his place.

7> Current generation or the next  The pastor thinks about how to touch his generation. He ministers to what he sees and who is currently with him in the local church.

The apostolic mentality focuses on how the influence the younger generation. Not just the few currently connected to his ministry but the thousands he can envision in his spirit. The apostle builds with future generations in mind

8> Present needs or visionary  The pastor’s teachings are mainly practical life-lessons useful for the present time and the people he currently has in his local congregation.

The apostle’s teachings are “future” oriented and very much from the heart of a visionary. He can see what is but knows by revelation what is to come and so paints a picture of the future that encourages people to follow him and make that future a reality.

9> Milk or meat The pastor inspires, encourages, and comforts the church with the “milk” of the Word; he helps his flock solve their immediate needs and reminds that all is good with God and that they are loved by their Heavenly Father.

The apostle builds with the “meat” of the Word; he helps the people grow spiritually and become living stones in God’s building and the eternal Church. He trains equips them to do the work of the ministry and become part of an active priesthood of all believers.

10> Inflexible or flexible The pastor avoids making his flock uncomfortable and so he resists change and does not often introduce news ways or methods. This makes him a little inflexible to the will of God and often means that the local church is not moving with the Holy Spirit nor involved in the things that The Lord of the Church, Jesus Himself, is focusing on.

the apostle is flexible to the changes the Holy Spirit wants to make and so the apostolic church is on the cutting edge of the move of God and willing to hear, obey, and embrace whatever it is that Jesus is focusing on at the present time regardless of the cost.

11> Influence the many or the few The pastoral mentality and approach to ministry has the ability to touch the hearts of a few people and influence them.

The apostolic mentality has the ability to motivate, influence, and organize at a larger scale and touch many hearts for The Lord.

12> Warfare anyone? The pastor does not like to get involved in spiritual warfare. His mentality is not focused on war because his pastoral heart causes him to be passive.

The apostle is a fighter by nature. He fights the Devil and his demons and leads the conquering of cities and nations to extend the Kingdom of God.

13> Risking and stepping out in faith The pastor does not like to take significant risks or risk his present sense of security. That is why, without the help of a five-fold ministry that has a larger vision, his church will always be small.

the apostle takes great steps of faith to extend the Kingdom of God; he is full of faith, audacious, an adventurer, and bold in the Spirit.

14> Pioneer or Settler? The pastor often establishes himself in one place and stays. He does not look to
expand or open new territories and his tendency is not to take the first step in doing new things. He is like a settler.

The apostle is a pioneer; he leads the exploration of new revelations, strategies, territories, and methods. His mentality is always to take the first step to establish the Kingdom in new places.

15> Normal or extraordinary The pastor has a “normal” way of thinking; it lines up with society and the culture in which he ministers.

The way an apostle thinks deviates from the norm; he is an uncommon man and a visionary.

16> Isolated or submitted The pastor’s work habits are rather isolated. Many pastors have a spiritual covering but often this is in “name only” as the person really does not know the pastor personally. So, they work isolated from someone who really knows them and thus is a bit of a loaner.

The apostle’s mentality includes submission as a life-style choice. The apostle is accountable to a person who knowns them personally and with whom they spend considerable time – both ministry time and personal time. The apostle respects, obeys and honors his spiritual authority.

Painting a Picture of the Church
Scroll to top