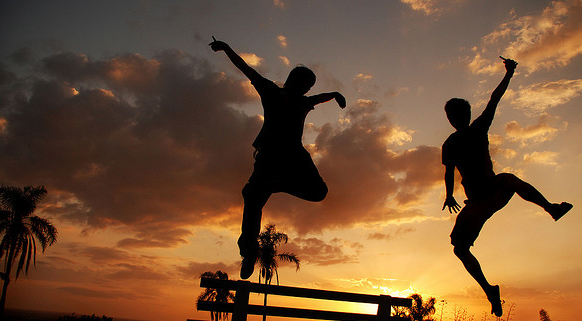 Nelson Mandela, former president of South Africa said, “There is no passion to be found in playing small – in settling for a life that’s less than the one you are capable of living.” I know so many believers who are living far below their potential simply because they are not willing to step out in faith and take a risk. They believe in playing it safe and think that stepping outside their self-imposed box is too dangerous. So, they never take a risk.

The problem with this is: When you are doing nothing, nothing good happens.

A small poem that describes people who don’t want to step out in faith and attempt something great for God. People who play it small their whole lives. Maybe this describes you:

There once was a man who never risked.

Then one day, when he passed away,

His insurance was denied.

They said since he never really lived,

Then he never really died!

Isn’t that so sad. But true for many believers that I know.

However, people who step out in faith are totally different than this poor departed soul. They are willing to risk what they have and what they know for the potential of something better. They are willing to step out of their comfort zone and try. If they fail, they learn from their failure and try again. If they succeed then they look for something bigger and more impactful to invest their life in.

I don’t know who said it, but one of the quotes I collected some years back said: “If you want some things you have never had before, you must be willing to do some things you’ve never done before.”

I don’t want to waste any part of my life and want to be as on fire for Jesus as I was the first day I met Him – or maybe even more. I want to be constantly full of zeal and excitement, anticipation and excitement – even more than I was when I first encounter Jesus.

And I am looking to partner with people who think the same way.

ESV “Do not be slothful in zeal, be fervent in spirit, serve the Lord.”

MSG “Don’t burn out; keep yourselves fueled and aflame. Be alert servants of the Master”

NLT “Never be lazy, but work hard and serve the Lord enthusiastically.”

AMP “….”never lagging behind in diligence; aglow in the Spirit, enthusiastically serving the Lord”

CEV “Never give up. Eagerly follow the Holy Spirit and serve the Lord.”

Well, you get the idea – as John Wesley once said: “Set yourself on fire and the world will come out to watch you burn.”

What is your passion?

THE NEW NORMAL
Scroll to top