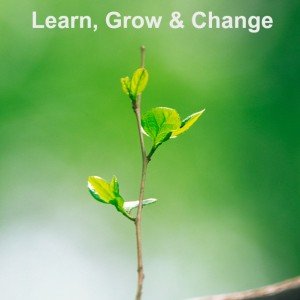 We live in a culture that awards trophies to people for simply showing up, regardless of their contribution. Because of that, many people think they are doing well if they just do what is expected of them. I don’t believe that helps people reach their potential or expand their capacity. To do that, a person has to do more.

Boxer Jack Johnson describes it as: “Going far beyond that call of duty, doing more than others expect, this is what excellence is all about! And it comes from striving, maintaining the highest standards. Looking after the smallest detail, and going the extra mile. Excellence means doing your very best. In everything! In every way.”

Doing more than is expected does more than just separate you from your colleagues by earning you a reputation for performance. It also trains you to develop a habit of excellence. And that compounds over time. Continued excellence expands your capabilities and your potential.

Have you ever heard the expression “Life is a great big canvas and you should throw all the paint on it that you can”? I like the intent and exuberance of those words, but I don’t think that advice is very good – unless you want a mess. A better thought is to make your life a masterpiece, which requires much thought, a clear idea, and selection when it comes to what paint you put on the canvas. How do you do that? By doing the important things every day.

Writer and philosopher Henry David Thoreau wrote, “If one advances confidently in the direction of his dreams, and endeavours to live the life which he has imagined, he will meet with a success unexpected in common hours. He will pass an invisible boundary; new, universal, and more liberal laws will begin to establish themselves around and within him; and he will live with the license of a higher order of being.”

I believe advancing confidently in the direction of one’s dreams means doing what is important every day. To do what’s not important every day does nothing for you. It merely uses up your time. To do the right thing only occasionally does not lead to consistent growth and the expansion of your life. Both components are necessary. Continual daily growth leads to personal expansion. Growth always increases your capacity.

This quality is present in all lifelong learners. And for that reason their capacity keeps on expanding. It’s said that when Pablo Casals was ninety-five years old, a young reporter asked, “Mr. Casals, you are ninety-five and the greatest cellist that ever lived. Why do you still practice six hours a day?” Mr. Casal’s answer was telling: “Because I think I’m making progress.”

You have potential to keep making progress until the day you die – if you have the right attitude about growth. You need to believe what Rabbi Samuel M. Silver did. “The greatest of all miracles is that we need not be tomorrow what we are today, and we can improve if we make use of the potentials implanted in us by God.”

So, it is your move. Your choice.

Looking At Priorities
Scroll to top