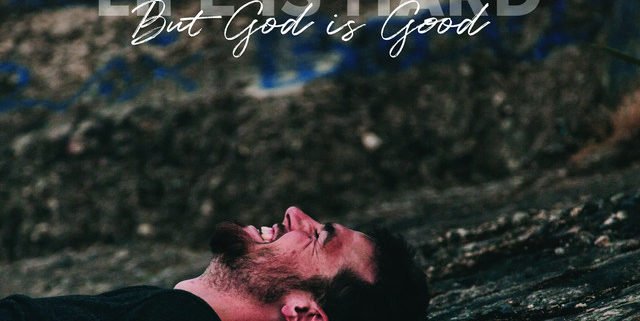 You may be familiar with the cliche “Life is hard; God is good.” Maybe you’ve even said it to help get you through difficult times. If so, you’re going to appreciate knowing that it is more than a cliche. It’s a strong and solid theological truth. If you’re like me you are going to be encouraged by the fact that some really smart people who were here before us have wrestled with questions such as, If God is good, then why if this happening? Why is injustice allowed, and why does life have to be so hard? Why are children starving the death in Africa?

Philosophers and theologians refer to their conclusions on this topic with the complicated-sounding word theodicy (pronounced: thee od-euhsee), which is the name given to the study of how God’s goodness exists alongside the pain, suffering, injustice, and inequality of life.

Our problem is that we tend to assume that if life is hard, then God must not be good. But it’s not an either/or scenario — it’s both.

Life is hard; God is good.

Here are five statements that pretty much summarize the deeper reasoning behind Life is hard; God is good:

The evidence of these two realities is front and center in our lives every day. But what’s most important is which reality we choose to live our life from.

It is the same way with God’s goodness and favour. There are times we may not be able to see those attributes, but that doesn’t mean they’re not there.

When we don’t get the job we wanted or the person we were dating breaks up with us, we’re often quick to assume God’s favour and goodness is far away from us. But in time we come to realize that God was actually doing us a favour. He was saving us from hardship and struggle we would have had if we stayed in that relationship or got that job we thought we wanted.

So there you have it – Theodicy.

Breeds Of Belief
Scroll to top