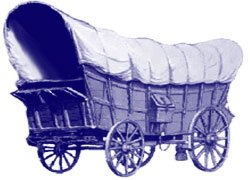 To be apostolic means to be sent forth by the Holy Spirit with a specific task to accomplish – usually linked to establishing a fresh expression of the local church where the Gospel is not yet being preached.

To be truly apostolic there must be a local church from which the person is sent forth. This local church will carry an apostolic anointing (the grace of God for the task) that manifests in people with a strong desire to go into their local territories and even into the nations of the world.

There is something incredibly powerful about being sent forth from a local church. More than any other ministry, the apostolic anointing is a pioneering, sent-one anointing that causes men and women to be released to preach the gospel where no person has preached it before.

Apostolic sent ones are trailblazers in the realm of the spirit. They are the go-first, cutting-edge gifts with which many religious people are so uncomfortable. The Religious Spirit will fight against this anointing and those involved in being sent out.

When the Holy Spirit sends a person to the harvest fields to minister, it should be out of a church with an apostolic anointing. Regretfully today many people are roaming around the world trying to do something good for God, but are not a part of any local church. They were not sent – they just went. And so they are ineffective because all ministry arises out of a local church and is to build the local church. Jesus said, “I will build My Church and the gates of Hell shall not prevail.” (Matthew 16:18)

Apostolic ministry has a purpose – to build a strong local church, a base camp where others can be discipled, equipped, trained, mentored and then released into the harvest field as qualified workers.

Being sent carries with it the highest anointing and purpose. A church that sends out apostolic teams into the harvest fields of the world is the highest manifestation of an apostolic church. By sending out teams, a local church enters the apostolic dimension.

Some biblical examples of being sent forth:

Galatians 4:4-7 But when the time had fully come, God sent his Son, born of a woman, born under law, to redeem those under law, that we might receive the full rights of sons. Because you are sons, God sent the Spirit of his Son into our hearts, the Spirit who calls out, “Abba, Father.” So you are no longer a slave, but a son; and since you are a son, God has made you also an heir.

Jesus did not come on His own. He, too, was a “sent one”. He is our Chief Apostle and apostolic example.

Malachi 4:5 “See, I will send you the prophet Elijah before that great and dreadful day of the LORD comes.”

Notice that sent ones are first (proton) to prepare the way for the Lord Himself. The prophetic spirit of Elijah was apostolic. John the Baptist carried the spirit of Elijah.

The Holy Spirit is an apostolic (sent-one) Spirit.

Matthew 10:1-8 He called his twelve disciples to him and gave them authority to drive out evil spirits and to heal every disease and sickness. These are the names of the twelve apostles: first, Simon (who is called Peter) and his brother Andrew; James son of Zebedee, and his brother John; Philip and Bartholomew; Thomas and Matthew the tax collector; James son of Alphaeus, and Thaddaeus; Simon the Zealot and Judas Iscariot, who betrayed him. These twelve Jesus sent out with the following instructions: “Do not go among the Gentiles or enter any town of the Samaritans. Go rather to the lost sheep of Israel. As you go, preach this message: ‘The kingdom of heaven is near.’ Heal the sick, raise the dead, cleanse those who have leprosy, drive out demons. Freely you have received, freely give.

Luke 10:1 After this the Lord appointed seventy-two others and sent them two by two ahead of him to every town and place where he was about to go.

Notice that Jesus sent (apostello) His team members out “two by two” and not alone. They were an apostolic (sent one) company.

Romans 10:15 And how can they preach unless they are sent (apostello)? As it is written, “How beautiful are the feet of those who bring good news!

Those that are sent have the power and authority of those who have sent them.

Mark 16:15 He said to them, “Go into all the world and preach the good news to all creation.”

The apostolic structure of being sent forth from a local church will challenge many in our generation who are doing their own thing under the guise that the Holy Spirit is leading them. There is a major difference between being led and being sent.

Loving Jesus alone is not enough. You must be a builder of a local church. Apostolic churches are networking together with sent ones and not with “lone ranger” types. The apostolic way will directly challenge the religious thinking of today, but it will help bring stability to a flaky generation that has been disarmed by religious tradition, apathy, lukewarmness, and soulish ambitions.

The glorious church will be filled with thousands of apostolic teams – not believers wondering around doing their own thing – of anointed builders who are sent out on assignments from local churches.

It is the spiritual sons and daughters of local churches that are gathered together and placed on outreach teams. They are given specific assignments, duties, territories, and responsibilities. Hands are laid on them by the set man (leader) and presbytery, thereby sending them into the harvest fields. After their assignment is complete, they return to the local church for their next ministry assignment.

The Coming Opposition and Then Persecution