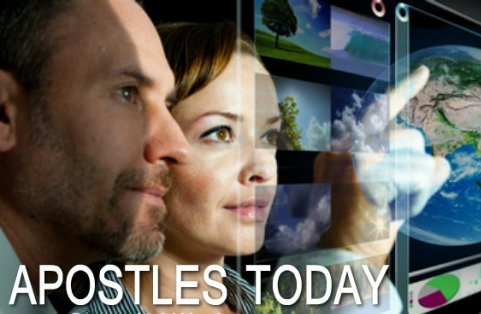 When we look at the role of the apostles in the early church we see that they served six main functions.

1> Taking the Gospel to the unreached areas. Paul wrote to the Romans, “It has always been my ambition to preach the gospel where Christ was not known, so that I would not be building on someone else’s foundation.” (Romans 15:20) Although first-century apostolic ministry was not limited to unreached areas, a central apostolic passion was clearly to preach in places where Christ was not yet known.

2> Planting churches upon the foundation of Jesus Christ. Paul speaks of this in 1 Corinthians 3:10-11: “According the the grace of God which was given to me, as a wise master builder I have laid the foundation and another builds upon it. But let each one take heed how he builds on it. For no other foundation can anyone lay than that which is laid which is Jesus Christ.”

Not only were the first-century apostles engaged in church planting, but, in some cases, apostolic ministry also included helping established churches return to this scriptural foundation (see Galatians 1:6-10, 3:1-3, Revelation 2:1-5). As Judson Cornwall points out in his book ‘Introducing Jesus,’ “Despite the fact the book of Acts begins with the ascension of Jesus, there is no evidence anyone in the early church perceived Him as ‘gone’ from their midst. Jesus healed persons, raised the dead, spoke, and directed the work of His disciples in the book of Acts much as He did in the book of Luke. About the only difference was the lack of His physical presence in the book of Acts. Even when they preached, the disciples thought of Jesus as present in their preaching. In those first sermons, the apostles asked the listeners to not merely believe facts about Jesus, but to encounter through their words and actions the One who died, rose again, and lives forever.”

3> Appointing and training the initial leaders of a church. When Paul and Barnabas made their second trip to Lystra, Iconium, and Pisidian Antioch, they prayed, fasted, and ordained leaders in each church (Acts 14:21-23). Paul likewise instructed his apostolic understudy, Titus, to “set in order” the churches in Crete and appoint elders in every city (Titus 1:5 KJV).

4> Dealing with specific problems, false doctrines, or sins. Paul wrote to the church at Corinth about a number of problems that had developed there: disunity, immaturity, pride, immorality, taking other believers to court before secular authorities, questions about celibacy and marriage, disputes about meat offered to idols, improper handling of the Lord’s Supper, misuse of spiritual gifts, and confusion about the resurrection.

Apostles are serious “defenders of the faith” while, at the same time, being very practical as they deal with ‘people issues’ within the church, especially within the leadership of the church. The understand what the Church of Jesus Christ is called to be and what the role of the Church is in the Kingdom and in the world. Thus, when they see behavior and lifestyles that prevent or hinder this understanding from becoming reality they become involved. Apostles are Master Builders and are deeply aware of what the Church that Jesus is building is to look like and they work hard to bring that vision to reality.

5> Promoting unity in the body of Christ. Paul addressed the need for unity on many different levels. In Philippi, he had to deal with contention between two women in the local assembly, Euodia and Syntyche (Philippians 4:2). In Corinth, Paul challenged the church’s citywide disunity, brought about when believers lost sight of the centrality of Christ and rallied around dynamic leaders such as himself, Apollos, and Peter.

In addition to dealing with unity issues in local assemblies or the church in a certain city, Paul also performed the apostolic role of networking the church regionally and around the world. “At present, however, I am going to Jerusalem bringing aid to the saints. For Macedonia and Achaia have been pleased to make some contribution for the poor among the saints at Jerusalem. For they were pleased to do it, and indeed they owe it to them. For if the Gentiles have come to share in their spiritual blessings, they ought also to be of service to them in material blessings.” (Romans 15:25-27)

At the Jerusalem Council in Acts 15, Paul and the other apostles dealt with issues which could have unraveled unity throughout the Church of that day. Other examples are found is Acts 11:27-30, 1 Corinthians 16:14, and 2 Corinthians 8-9.

6> Demonstrating and imparting the supernatural dimension of the Kingdom of God. Even though it is God’s intention for ALL believers to heal the sick, cast out demons, and perform miracles by the power of the Holy Spirit (Mark 16:17-20), apostles in particular are to bear this credential (2 Corinthians 12:12)

It is noted that God did extraordinary miracles through Paul (Acts 19:11), implying the presence of supernatural manifestations greater than “ordinary” miracles. And it is said that “with great power the apostles gave witness to the resurrection of The Lord Jesus.” (Acts 4:33). Not only did the apostles demonstrate the power of God, but they also imparted it in special ays to other believers (see Acts 8:4-20, 10:44-46, 19:1-6; 2 Timothy 1:6-7)

Although the first-century apostles fulfilled these six general functions we have been looking at, the apostolic role was carried out quite uniquely by each of the apostles described in the New Testament.
Peter was particularly gifted at reaching the lost
Paul excelled in teaching and building believers together into a functional expression of the body of Christ
John was an apostle with a prophetic heart. His passion was that God’s people would walk righteously and in love relationships, both with The Lord and with each other
James, the half-brother of Jesus, also was recognized as an apostle (1 Corinthians 15:7), even though his ministry was apparently more pastoral and primarily localized in Jerusalem.

Having an apostolic ministry did not automatically mean the apostle had the right to exercise full authority in all places and situations. It as a ministry based on relationship and not just on calling. Paul told the Corinthians: “Are you not my work in The Lord? If I am not an apostle to others, yet doubtless I am to you. For you are the seal of my apostleship in The Lord” (1 Corinthians 9:1-2).

Paul had been instrumental in bringing the Gospel to Corinth and laying the church’s foundation there. Because of this, he claimed a special relationship with the Corinthians that enabled him to speak to them with a boldness that might not have been appropriate with the churches in Jerusalem or Rome, both of which had been established by others.

Also, it appears that the authority of an apostle waned in certain ways after the local church was firmly established and provided with the oversight of local leaders. Although Paul intervened without apology to resolve major problems not being remedied by the local leadership (as in Corinth), at other times he seemed to assume the role of a father whose parental authority diminished after his son or daughter reached adulthood.

It is crucial to note that Paul’s heart was not to establish a chain of “we are of Paul” churches, but to see each church function under the headship of Christ (see Colossians 1:18, Acts 20:32, 2 Corinthians 11:2-3).

Many today have been taught that after the apostle John dies, the “apostolic age” officially ended and we entered the “church age.” They teach or, at least, imply that therefore all valid apostolic ministry ceased. This view is based on two wrong assumptions.

The first of these assumptions is that the apostolic role was limited the the original 12 apostles chosen by Jesus. A careful reading of the New Testament will show that additional leaders are also referred to as apostles including Matthias, Paul, Barnabas, Silas, Timothy, Andronicus, Junias and Epaphroditus. The original 12 indeed are said to have a special role in God’s purposes (Revelation 21:14; Matthew 19:28), but that certainly does not mean they were the only apostles.

The second assumption is tat there is no need for apostles today. This objection can best be answered by looking again at the list of functions of an apostle (see the previous few blogs under the heading of “The Scriptural Role of Apostles”). Are the functions still relevant today?

1> Penetrating unreached areas. Although the Gospel has gone out to practically every nation, there are still thousands of unreached people groups that, because of geographical or linguistic isolation, have never even heard of Jesus Christ.

2> Church planting and foundation laying. God-gifted, church planting apostles are desperately needed in North America and all over the world. In addition, many existing churches have been built on human traditions and opinions rather than on the solid biblical foundation that apostles can provide.

3> Appointing and training leaders. Today the apostolic function of training leaders has been largely replaced by seminaries and Bible schools. Appointing the leaders of local churches generally has become a matter of congregational voting, selection by denominational hierarchy, or the increasingly common practice of aspiring preachers simply starting their own churches and appointing themselves as the pastors.

Whether they attend seminary or not, today’s young leaders are unlikely to receive the type of personal training and character development that Timothy received from Paul. As in the first century, there are countless tutors today, but the cry of the hour is for true spiritual fathers and mentors (see 1 Corinthians 4:14-17).

4> Addressing unresolved problems. Almost every church encounters an impasse that is difficult to resolve without outside assistance. Who is available to furnish local pastors with wise input about these thorny church problems?

There is still a need today for trans-local apostolic men who work with apostolic anointing and authority who can provide accountability and pierce through blind spots, ignorance, and pride. We still need leaders able to courageously apply the Word of God to areas of sin, imbalance, false doctrine, and division.

5> Promoting unity. The disunity of the body of Christ is still a scandal that robs us of the full blessing of God and undercuts our testimony to the lost. Ministers who have genuine apostolic hearts are burdened for God’s people to care for each other as a united family, ready to reach the world as a united army.

Local congregations frequently are deficient in seeing the “big picture” of the Church around the world and sensing the Lord’s desire for His body to be functioning interlinked. This vision of unity is sorely needed in the Church today, and only those with apostolic insight and authority have the necessary gifts to bring it about in a significant way.

6> Demonstrating and imparting the supernatural. We live in a day when God is working mightily to restore signs and wonders to the Church. For too long we have relied on our intellect, human wisdom, and persuasive words – the very things Paul refused to put his confidence in: “And my speech and my preaching were not in persuasive words of human wisdom, but in demonstration of the Spirit and of power, that your faith should not be in the wisdom of men but in the power of God.” (1 Corinthians 2:4-5)

Today more than ever – because of our society’s increased interest in Satanism, the occult, and New Age practices – the Church needs to be able to display and dispense God’s power. The Church without the apostles is like a car without all of its cylinders functioning: It may still move, but it is likely to sputter and lack the power it is suppose to have.

We would be horrified if someone suggested that pastors, teachers and evangelists were no longer valid ministries of the Church. Nevertheless, we often allow ourselves to be robbed of the ministries of apostles and prophets, which are found in the same list of ministries in Ephesians 4:11.