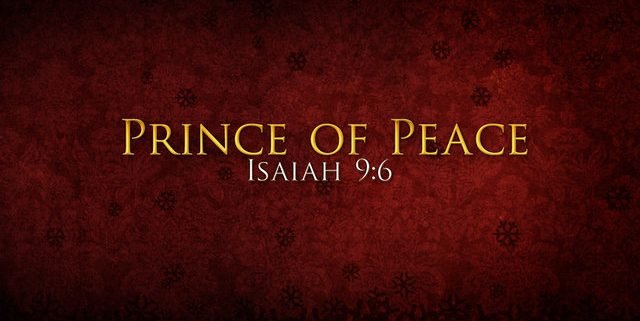 Luke 2:8-14 “And in the same region there were shepherds out in the field, keeping watch over their flock by night. And an angel of the Lord appeared to them, and the glory of the Lord shone around them, and they were filled with great fear. And the angel said to them, “Fear not, for behold, I bring you good news of great joy that will be for all the people. For unto you is born this day in the city of David a Saviour, who is Christ the Lord. And this will be a sign for you:you will find a baby wrapped in swaddling cloths and lying in a manger.” And suddenly there was with the angel a multitude of the heavenly host praising God and saying, “Glory to God in the highest, and on earth peace among those with whom he is pleased!”

The angel was then joined by a multitude of angels (Luke 2:13) and they said… Luke 2:14 “… “Glory to God in the highest, and on earth peace among those with whom he is pleased!”
Let’s look at this “peace” that they angels spoke about…

Luke 1:79 “… to give light to those who sit in darkness and in the shadow of death, to guide our feet into the way of peace.”

Isaiah 9:6-7 For to us a child is born, to us a son is given; and the government shall be upon his shoulder, and his name shall be called Wonderful Counselor, Mighty God, Everlasting Father, Prince of Peace. Of the increase of his government and of peace there will be no end, on the throne of David and over his kingdom, to establish it and to uphold it with justice and with righteousness from this time forth and forevermore.The zeal of the LORD of hosts will do this.

Jesus spoke of this peace to His disciples and followers…

John 14:27 “Peace I leave with you; my peace I give to you. Not as the world gives do I give to you. Let not your hearts be troubled, neither let them be afraid.”

So, the Prince of Peace gives His peace to His followers

Not as the world would give – peace between nations and people
But as only the Prince of Peace can give – peace of heart, mind, and soul

This peace that Jesus, the Prince of peace, gives is experienced when we are born again and ask Jesus to forgive us and then publicly declare that “Jesus is Lord” (Romans 10:9)

This peace is experienced when we are “…new creatures in Christ.” (2 Corinthians 5:17)

John 16:33b “…In the world you will have tribulation. But take heart; I have overcome the world.”

So, this peace Jesus gives is an inner, supernatural peace we can experience and live with inside us in spite of circumstances around us and situations we may be facing

Colossians 3:15 (GNB) “The peace that Christ gives is to guide you in the decisions you make…”

Philippians 4:7 “And the peace of God, which surpasses all understanding, will guard your hearts and your minds in Christ Jesus.”

Our call as believers and disciples of the Prince of Peace, Jesus Himself is to allow this inner peace to affect how we live so that we can live in peace with others with whom we have relationships

An outward peace reconciled to our neighbours regardless of who they are, where they live, or what they have done to us

Hebrews 12:14a “Strive for peace with everyone…”
The message we are to share with others is called “The Gospel (Good News) of peace”

Ephesians 6:15 …and, as shoes for your feet, having put on the readiness given by the gospel of peace.”

So, our message is a message (Gospel) of peace

Matthew 5:9 “Blessed are the peacemakers, for they shall be called sons of God. To Note: Not “peacekeepers” – Peacemakers (conflict and confrontation)

IN OUR WORLD TODAY:

We need to remind ourselves of the words of Jesus, the Prince of Peace, when we look around at our world today

John 14:27 “Peace I leave with you; my peace I give to you. Not as the world gives do I give to you. Let not your hearts be troubled, neither let them be afraid.”

As we hear of “wars and rumours of wars” we need to remember the peace we live with and thus Let not our hearts be troubled, neither let them be afraid.

In the midst of all this turmoil and slaughter, intrigue and espionage – we can live in “perfect peace” because we know the Prince of Peace

The level of peace decreases and the level inner stress / worry increases at this time of year as we add extra events – school, family, church, shopping, cooking, decorating

An overload of an already too busy personal world!

BIBLICAL UNDERSTANDING OF PEACE:
1> Peace begins when we relinquish control of our lives to God

When you were born again – born a second time – born spiritually – God signed a peace treaty with you and then you were able to experience peace with God – Romans 5:1

You know that God’s plan for your future is great and anchored in a tremendous hope – Jeremiah 29:11

You have found ‘rest’ for your soul and so you are no longer striving thus you experience peace – Jeremiah 6:16; Matthew 11:28

You will experience peace as the fruit of the Spirit grows in your life – for the fruit of love is “peace” – Galatians 5:22

As Jesus, the Prince of Peace, becomes a regular part of our daily lives, our worries and our concerns – not to mention our anxiety – begin to disappear

Wrong – In reality the opposite is true:

If you truly are ‘heavenly’ or spiritually minded, you will be of the greatest earthly

good.
When you turn your mind unto Jesus and the things of God – heavenly things

You come to trust Him more and more

Isaiah 26:3 “You (God) keep him in perfect peace whose mind is stayed on you, because he trusts in you.”

and peace.
Even as Christians we still have times when we struggle with our sinful nature

However, if you wil allow God’s Holy Spirit to control your life – that struggle will be much less intense

Because, as these verses state, you will want to please God
If you live the Spirit-controlled life you will then experience “life and peace” God’s way

Colossians 3:2-3 “Let heaven fill your thoughts. Do not think only about things down here on earth. For you died when Christ died, and your real life is hidden with with Christ in God.”

4> A love for God’s Word brings peace of mind

Romans 12:2a “Do not be conformed to this world, but be transformed by the renewing of your mind…”

You renew your mind – thinking – through reading and applying God’s Word “As a person thinks, so they become…” Proverbs 23:7

Psalm 119:165 “Great peace have those who love your Word; nothing can make them stumble.”

And even bring your journal to church and take notes as you listen to the sermon or teaching….

Colossians 3:15 “And let the peace that comes from Christ rule in your hearts. For as members of one body (the Church) you are all called to live in peace. And always be thankful.”

Even during this Christmas season when life rushes in upon us in a big way When you live within this peace that only Christ can give:

You will not be anxious about anything but simply trust God completely Philippians 4:6-7

You will always be certain deep inside that God is in control Mark 4:35-41

You will be constantly remembering and seeing God’s blessings Philippians 4:6

You will be experiencing His answers to your prayers Philippians 4:6

You will have peace in your relationships – not holding offences or unforgiveness Psalm 34:1

You will promote and spread peace wherever you go among non-believers Romans 12:18 and James 3:18

serve the Prince of Peace born in Bethlehem

At this time of year we welcome Jesus, born in Bethlehem, and known as the Prince of Peace Let’s experience that peace as we remember His birth

Luke 2:8-11 And in the same region there were shepherds out in the field, keeping watch over their flock by night. And an angel of the Lord appeared to them, and the glory of the Lord shone around them, and they were filled with great fear. And the angel said to them, “Fear not, for behold, I bring you good news of great joy that will be for all the people. For unto you is born this day in the city of David a Savior, who is Christ the Lord.

Luke 2:14 “… “Glory to God in the highest, and on earth peace among those with whom he is pleased!”

Great joy and supernatural peace this Christmas and throughout 2014

Prophetic Word Over the Nation of Kazakhstan
Scroll to top