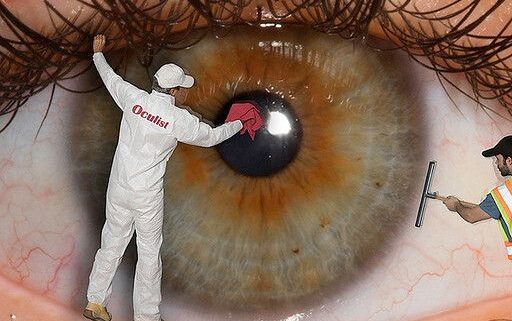 The Bible says, “Where there is no vision, the people perish” (Proverbs 29:18) Without a blueprint, you can’t build a house; and without an idea of what kind of house you want, a blueprint can’t be drawn. The same is true when it comes to making plans for the future. If you don’t have a clear idea about where you want to go — and why you want to go there — it’s difficult to sustain any forward momentum in your life.

Without a dream, we float through life without ever catching the current. Many of us fill the majority of our hours with diversions and only a few with dreams. But our world is shaped by determined dreamers, by men and women of vision. Like them, you need a dream to achieve your goal.

Brett Hagler is someone who knows the power of a dream. After battling cancer in high school, Brett entered his twenties determined to make the most of life wth lots of “gold, girls, and glory.”

“I bought into the false equation that material things were going to bring me fulfillment … it was the path to emptiness.”

With the help of a friend, Hagler turned to Christ. Shortly afterward, he visited Haiti and saw the devastation from the 2010 earthquake. Hagler was reading the New Testament at the time, and he noticed how Jesus had a strong “bent and heart for the poor.”

God gave Hagler a dream to establish a nonprofit company called New Story, a housing start-up that uses 3D printing machines to create homes. New Story can build a two-bedroom, one bath home in about 24 hours! Goldman Sachs calls Hagler one of the Top 100 Most Intriguing Entrepreneurs as he seeks to combat global homelessness.

Today when Brett travels the country telling people about his story, he encourages audiences with a simple but powerful motto: dream big, but start small. That’s great advice!

I admire people who envision things not yet seen and do things not yet done. Imagineers open the door to the future and let us in. Their names fill the chapters of our history books: Alexander the Great, Nicolaus Copernicus, Leonardo Da Vinci, Christopher Columbus, Thomas Edison, Albert Einstein, Neil Armstrong, Steve Jobs, Mary Anderson.

She was an ordinary woman who visited New York City during the winter of 1902. The snow and ice were coming down furiously, and when Mary hopped on a streetcar she noticed the driver had to keep the front window open because the windshield was covered with snow. Returning home, she envisioned a rubber device that would sweep back and forth over the windshield to keep it clear for driving. She invented the windshield wiper.

You see, everyone can have a vision — young and old, rich or poor, famous or obscure. No matter who you are, you need to be gazing into the future and asking God what He wants you to do next.

Our Legacy Will Be…
Scroll to top