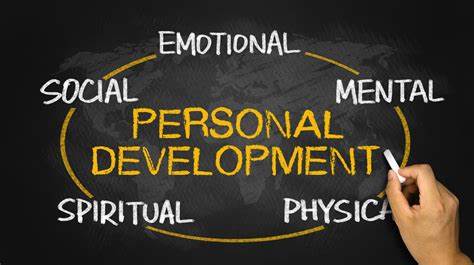 Making the change from coasting through life – personal, relational, and professional – and being intentional about growing, learning, and maturing include:

The five fears that you will need to overcome to move forward into intentional, daily change and growth are:

A> Fear of failure

B> Fear of trading security for the unknown

C> Fear of being overextended financially

D> Fear of what others will say or think

Which of those fears most impacts you? You can certainly relate to one of the five more than the other four. But it really doesn’t matter which fear affects you to most. We all have fears. But here’s the good news. We also all have faith. The question to ask yourself is, “Which emotion will I allow to be stronger?” Your answer is important, because the stronger emotion wins. I want to encourage you to feed your faith and starve your fear.

4> Change from accidental to intentional growth,

People tend to get into ruts in life. They get in an easy grove, and they don’t try to break out of it — even when it’s taking them in the wrong direction. After a while, they just get by. If they learn something, it’s because of a happy incident. Don’t let that happen to you! If that is the attitude you’ve developed, then you would do well to remember that the only difference between a rut and a grave is the length!

How do you know if you’ve slipped into a rut? Take a look at the difference between accidental growth and intentional growth:

Accidental growth – Learns only from mistakes

Eleanor Roosevelt said, “One’s philosophy is not best expressed in words; it is expressed in the choices one make. In the long run, we shape our lives and we shape ourselves. The process never ends until we die. And the choices we make are ultimately our own responsibility.”

If you want to reach your potential and become the person you were created to be, you must do much more than just experience life and hope that you learn what you need along the way. You must go out of your way to seize growth opportunities as if your future depended on it. Why? Because it does. Growth doesn’t just happen — not for me, not for you, not for anybody. You have to go after it!