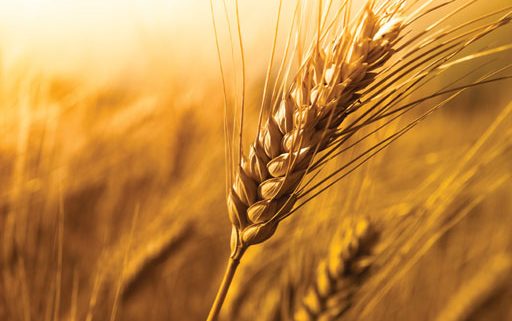 The main ones will be:
Word of Wisdom
Word of Knowledge
Discerning of Spirits
Gifts and Healings
Working of Miracles

These gifts allow us to be effective fishers of men…

John 4:1-30, 39-42 Jesus learned that the Pharisees had heard, “Jesus is baptizing and making more disciples than John”  (though Jesus himself didn’t baptize them – his disciples did).  So he left Judea to return to Galilee.  He had to go through Samaria on the way.  Eventually he came to the Samaritan village of Sychar, near the parcel of ground that Jacob gave to his son Joseph.  Jacob’s well was there; and Jesus, tired from the long walk, sat wearily beside the well about noontime.  Soon a Samaritan woman came to draw water, and Jesus said to her, “Please give me a drink.”  He was alone at the time because his disciples had gone into the village to buy some food.  The woman was surprised, for Jews refuse to have anything to do with Samaritans. She said to Jesus, “You are a Jew, and I am a Samaritan woman. Why are you asking me for a drink?”  Jesus replied, “If you only knew the gift God has for you and who I am, you would ask me, and I would give you living water.”  “But sir, you don’t have a rope or a bucket,” she said, “and this is a very deep well. Where would you get this living water?  And besides, are you greater than our ancestor Jacob who gave us this well? How can you offer better water than he and his sons and his cattle enjoyed?”  Jesus replied, “People soon become thirsty again after drinking this water.  But the water I give them takes away thirst altogether. It becomes a perpetual spring within them, giving them eternal life.”  “Please, sir,” the woman said, “give me some of that water! Then I’ll never be thirsty again, and I won’t have to come here to haul water.”  “Go and get your husband,” Jesus told her.  “I don’t have a husband,” the woman replied. Jesus said, “You’re right! You don’t have a husband – for you have had five husbands, and you aren’t even married to the man you’re living with now.”  “Sir,” the woman said, “you must be a prophet.  So tell me, why is it that you Jews insist that Jerusalem is the only place of worship, while we Samaritans claim it is here at Mount Gerizim, where our ancestors worshiped?”  Jesus replied, “Believe me, the time is coming when it will no longer matter whether you worship the Father here or in Jerusalem.  You Samaritans know so little about the one you worship, while we Jews know all about him, for salvation comes through the Jews.  But the time is coming and is already here when true worshipers will worship the Father in spirit and in truth. The Father is looking for anyone who will worship him that way.  For God is Spirit, so those who worship him must worship in spirit and in truth.”  The woman said, “I know the Messiah will come – the one who is called Christ. When he comes, he will explain everything to us.”  Then Jesus told her, “I am the Messiah!” Just then his disciples arrived. They were astonished to find him talking to a woman, but none of them asked him why he was doing it or what they had been discussing.  The woman left her water jar beside the well and went back to the village and told everyone,  “Come and meet a man who told me everything I ever did! Can this be the Messiah?”  So the people came streaming from the village to see him.   … Many Samaritans from the village believed in Jesus because the woman had said, “He told me everything I ever did!”  When they came out to see him, they begged him to stay at their village. So he stayed for two days, long enough for many of them to hear his message and believe.  Then they said to the woman, “Now we believe because we have heard him ourselves, not just because of what you told us. He is indeed the Savior of the world.”

Last time we saw 6 of the 12 principles we can draw out of this encounter:

Jesus never forced Himself on anyone.

If they did not want to hear it – He didn’t force it.

If people did not want to hear it then He simply walked away.

The Bible states:
“He knew what was in their hearts and did not disclose Himself to them.” (Matthew 9:4)

Our task:
Pray that God will continually cultivate the hearts of the people you know so that they will be interested in spiritual truth

And then:
Don’t try to force the Truth onto them – if the ground has not been tilled then back off and pray more

However:
Look for receptivity – look to see if people respond positively to a spiritual comment
Test the waters – throw something out there and see how they respond to it

RECEPTIVITY in others can be seen in their:

1>    Willingness to engage
Are they open to a conversation with you?

2>    Interest in spirituality
If they are talking about horoscopes, demonic movies, psychics – they are interested in spiritual things. Speak up!

3>    Openness to hear about personal experiences
Ask them to tell you a little bit about themselves and listen carefully to them and the Holy Spirit
Then ask them if you can tell them something that just happened to you. If yes – share a spiritual experience
Don’t be scary, spooky, or spectacular

If you sow the gift of listening to others, they will sow it back to you even if it is out of obligation

We need to know when to talk – and when to walk

PRINCIPLE #8 – Keep the Conversation On Focus

Don’t let the conversation go off onto futile rabbit trails

He could have gotten on to the racial topic

If things get tense, say, “All arguments aside, all I know is that Jesus Christ saved my life”

People will not argue with your personal testimony

PRINCIPLE #9 – Put Their Ears Back On

The woman at the well said, “Our fathers worship in the mountains, you Jews say that Jerusalem is the place where we ought to worship.”

When they came to arrest Jesus in the garden Peter cut off the ear of Malchus, servant of the High Priest

Just as Jesus put Malchus’ ear back on, the challenge for prophetic evangelists is to put people’s ears back on in this lost generation.

Whenever you run into a lot of resistance and misunderstanding, stop and recognize that your hearers’ ears are not on.

PRINCIPLE #10 – Use the Supernatural

A supernatural insight, revealed by the Holy Spirit, that gives a believer specific information about a person spontaneously

In this case she went from sinner to soul-winner

She went from a non-believer to someone who knew Jesus was the Messiah and brought the whole town out to see Him by her simple testimony – “He told me everything I have ever done.”

Notice what Jesus did:
He said, “Go and call your husband”
Notice what He did not say:
I know that you are living with a dude who you are not married to and you are a five time divorcee.”

She was the one who exposed her situation and the sin she was living in – not Jesus.
The prophetic is never used to embarrass anyone

And notice that Jesus did not come back and harp on this issue later – He let it drop and addressed the wound in her that had led her to this sin. The wound was that she had a heart to worship,, but her adoration has been misplaced on men.

From that moment onward Jesus challenged her to place her adoration on God where it belonged.

He always maintained the dignity for the lost when He addressed them.
He confronted the religious Pharisees, but He never exposed lost people

When Jesus caught a woman in adultery – He didn’t make a judgmental comment to her.
When a prostitute was washing Jesus’ feet, He didn’t say, “Get away fro me, you disgusting woman.”

Jesus always left the lost with their dignity – It was simply His style and should be ours as well.

After her loving experience with Jesus, that woman at the well got up, walked back to her city, told them all about her experience, and then the whole city went out and heard Jesus themselves and decided to believe too!

An entire citywide awakening happened because Jesus had a prophetic evangelistic moment at a well!

Jesus never treated people as the enemy.
He knew the real enemy.

If you are going to move prophetically in evangelism – always remember who the real enemy is.

PRINCIPLE #11 – Recognize That Conviction Is a Divine Process

This is really the organic verses the inorganic.

If you believe evangelism is organic – you will recognize that it is more a process than an event and although a person will, in time, need to reach a point of decision, they may need to hear the Gospel at least ten times before finally making that decision.

Something organic is something that grow; it is derived from a living organism and developed over a process of time.
We need to take the time to groom relationships with people

There are four steps to organic soul winning:

What we do have today is a lot of inorganic witnessing

Because of this there is a time within the relationship when it is “ripe” and you can then ask the person if they are ready to acknowledge their sin, repent, and receive Jesus as Lord and Savior – it is organic and a process and not just an event.

PRINCIPLE #12 – Recapture the Narrative and Retell the Story

We must realize that the Gospel is essentially a riveting, engaging, real-life story

We must overcome to the concept of “faith” being a private matter and open up our lives in as transparent a manner as we can.
It is important to be transparent and vulnerable

As we follow the example Jesus set for us in the story found in John, Chapter four, we can be assured that consistent fruit and miracle harvest of souls will result

God wants to bless you with lasting impacting conversions

The end result of the Jesus Style is that woman getting saved, and her entire city along with her.

Who could have known that one woman, of some disrepute, would come back from a firsthand experience with the Living Gospel Himself and have that kind of influence where an entire city would walk out of their way to go hear a new spiritual leader?

The Jesus Style gives us the ultimate modeling for prophetic evangelism!