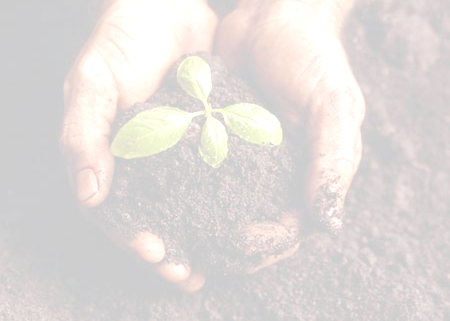 So I would like to continue to set out some of the differences that, in my mind, become obvious when you lovingly look at the Church as it is today and as it should be.

In the last issue of this e-newsletter we have looked at 9 issues:

1> We have a church that is organizational and structures where the Lord wants an organism that has life.

2> Today we see pastors as leaders of the Church where biblically it was a five-fold team with apostles and prophets leading.

3> The early Church was prophetic – today’s Church is pastoral

4> In the Church today life principles are taught – in the early church life was released through the teaching of the Word.

5> Today we see a somewhat complacent and comfortable Church as compared to one that lived in radical obedience to the Word of the Lord.

6> Today’s Church is, in general, fruitless while the early Church saw people added daily and were very fruitful.

7> The early Church had tremendous faith in God’s wisdom and so sought His guidance daily; today – man’s wisdom appears to rule and reign as we design new programs and outreach methods based on our best attempts to understand today’s culture.

8> The early Church believed every person was a minister (the priesthood of all believers) and we hire professionals to do the work of the ministry for us.

9> Ministry is man-based and man-focused today where in the early Church it was God-focused and God-directed.

10> Today boards of elected officials hire and fire the “pastor” and usually other staff members who are ministering under their authority. In the early Church there were no governing boards as governmental roles and oversight were held by apostles and prophets who were not elected by man but called and anointed by God.

In the early Church the governmental oversight was placed in the hands of the apostles and prophets by God and not by man. They gave spiritual oversight to the life of and the direction of the local Church. They were active in the ministry of the local church from the very beginning as they were instrumental in laying the foundations for the local expression of the body of Christ. They led people to the Lord, discipled, trained, equipped, raised up and released believers into the priesthood of all believers as true ministers of the Gospel of Jesus Christ. They recognized callings and giftings upon people and through seeing the hand of God on people’s lives they appointed elders and deacons to servanthood positions within the life of the local body. Even after moving on to other locations to plant new works they remained in oversight through relationships with their disciples (elders) that were now leading the local church that they had originally planted.

The concept of sheep electing officials to oversee the running of and directing of the life and ministry of a local church is totally unbiblical. The idea of them having the authority and power to hire and fire the shepherds of God’s people is repulsive to the Lord and contrary to scripture. It also totally removes the visionary powers of the actual hired leader and prevents him or her from fulfilling their call and purpose as the leader of the congregation. The electing of elders and deacons in a popularity contest to oversee the work and ministry of the local church is totally foreign to scripture and again is counterproductive to the work of God in a local church.

11> In the early Church members were mobilized to “go into all the world” to fulfill the Great Commission which was accepted as the responsibility of all believers. Today, only a select few with the “gift of evangelism” venture forth to win the lost. Of course there is no such thing as a “gift of evangelism”. There is the gift that Jesus gives to the Church of “evangelist” whose task, along with winning the lost, is to train and equip the believers to win the lost and also to raise up and father the next generation of five-fold evangelists. It was in the early Church and still is today the task of all believers to “go into all the world” and share Jesus and the night-and-day difference that He has made and continues to make in their lives. This was driven home to me at a recent ministry venue where I talked on sharing the Gospel and winning the lost each evening and the role of the five-fold ministry in the local Church. As well, I also allowed others the opportunity to come up and practice and become comfortable giving the Gospel. One night an elder and long-time Christian took a turn. Not only did he totally miss the Gospel and simply bring confusion leaving us without any understanding  of what it was to be saved or how to become born again; he closed his presentation by starting – in total contradiction to everything I had spoken for three nights – that believers did not have to share the Gospel with others as that was the job of evangelists and people with the gift of evangelism. And, I am sorry to say, that many in attendance nodded their agreement to what he was sharing. How wrong the Church today is.

12> Today’s Church generally appears self-satisfied, self-contained and stands on its own for its life and programming. The early Church was humble, broken, and inter-dependant and connected with others of like mind for mutual ministry and strength as they reached out to win the world. The early Church networked with others to bring strength and stability to their mutual work of reaching the world through winning the lost and establishing local churches. They worked together, supported each other, welcomed teams travelling from other churches as they passed through their area on route to minister and generally related to and connected with believers no matter where they found them to be living. Today we have denominational structures that often prevent this joint cooperation and sharing. There are also many independent churches that operate as islands unto themselves and do not relate to and are not accountable to any outside leader or group. As well, many churches that belong to networks do so in name only and really are not in covenant relationship with the leaders of the network or relating to other churches in the same network.

14> The Church today asks God to bless their plans. The early Church sought after God and asked “what are your plans God?” and having heard prophetically what God wanted them to do they simply walked in what God was already blessing. As self-evident as this truth is – seldom do we find Church leaders today willing to do the hard work of spending time along with God seeking His face until they hear Him speak His purpose for the local assembly and the plans He has as to how they are to carry out that current purpose in their lives together. And then we wonder why the Church of Jesus Christ today is so anemic and powerless to change lives and the society in which we find ourselves.

Well, there are still many other differences that I see between the early Church and today’s expression of Christ’s body. I will continue with this series in September’s e-newsletters.

As always I am open to and welcome interaction on what I have written and can be reached at ralph@ralphhoweministries.com