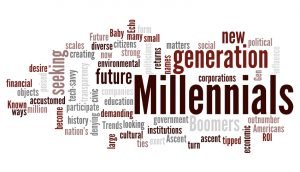 Each of these generations sees and lives life differently than the others. So, a church, wanting to reach one or more than one generation, needs to have some idea of what each generation is looking for with regards to live, reason for living, and what they are willing to commit to and invest in.

Based on some research of 557 churches from 2004 to 2010 nine out of ten churches in the United States of America are declining or growing at a pace that is slower than that of their communities. Simply stated, churches are losing ground in their own backyards. The same, it seems, is true in many if not most countries today.

But, really we who are church members need to look in the mirror. I am suggesting that local churches are weak because many who call themselves church members have lost the biblical understanding of what it means to be a part of the body of Christ, the local church.

We join the church expecting others to serve us, to feed us, to care for us.

We don’t like the hypocrites in the church, but we fail to see our own hypocrisies.

God did not give us local churches to become country clubs where membership means we have privileges and perks. He placed us in churches to serve, to care for others, to pray for leaders, to teach, to give, to share, and in some cases, to die for the Gospel of the Kingdom. The Church is to “go into all the world and make disciples” and, because we are not doing this, the Church is weak and ineffective and generations are being lost. We have turned the meaning of true biblical membership upside down. Membership means servanthood. it means giving and not just receiving. It means being a part of the priesthood of all believers and reaching others for Jesus.

It is time to attack and defeat the entitlement mentality of many church members and learn to give instead of just receiving.  It is time to come to an understanding of the priesthood of all believers where every member is minister.

I Am a Church Member Never Graduating
Scroll to top