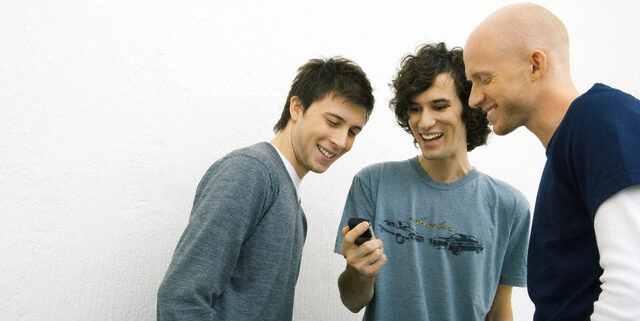 Let’s turn from looking at the key relationship – intimacy with God – and look at our personal relationships. You’ve probably known someone in your past who pursued a relationship with you for all the wrong reasons. Once you got close to him, you realized he had a hidden agenda. Do you remember how that felt?

How do you respond internally to a person like that? Do you open up and become more transparent? Of course not. You become cautious. Everything he does is suspect. You rehearse old conversations and think, Oh, so that’s why he said that.

Think a minute. If your interaction with God is focused primarily on getting something from Him, what does that say about your relationship? You aren’t coming to Him on terms that warrant a relationship of intimacy.

Still, God listens to your self-centered prayers. Sometimes He actually grants your requests. But as long as you see Him only as a means to your ends, you will never experience intimacy. You will never truly know Him. This unique depth of relationship is reserved for those who respect Him, trust Him, and are willing to communicate honestly with Him. It is withheld from those who dishonour Him by treating Him like a vending machine.

There is a correlation between your personal holiness (character) and your intimacy with God. There is a direct relationship between your willingness to obey God and His willingness to reveal Himself to you. This is THE primary benefit of character. Character brings a heightened sense of intimacy with God, an intimacy available only through the pursuit of Christlike character.

During His ministry on earth, Jesus modeled this cause-and-effect relationship. He reserved a level of intimacy for a select group. They had left everything to follow Him. They respected Him. They trusted Him. And they were in constant communication. No, the twelve apostles were not perfect. But they had left their businesses and their families to pursue a relationship with Him. He was their priority.

Further evidence of this is found in an incident that took place immediately following the telling of a parable. The meaning behind Jesus’ parables was not always clear. And apparently, that began to bother the disciples. On this particular occasion the disciples pulled Jesus aside and asked Him why He wasn’t more direct with His audience. He said, “Because it has been given to you to know the mysteries of the Kingdom of Heaven, but to them it has not been given” (Matthew 13:11 NKJV).

Jesus was suggesting to His disciples that there would always be people who remained on the fringe relationally. There would always be curious onlookers who had a distant interest in Jesus. But special insights were reserved only for those in His inner circle. Did Jesus love the multitudes? Yes. He died for them as well as the Twelve. But the multitudes did not know Jesus as the Twelve did. He chose to reveal Himself to them at a deeper level. After answering the disciples’ question, Jesus took them aside and explained the meaning of each parable. To His special friends, it had been given “to know the mysteries of the Kingdom of Heaven.”

Jeremiah echoed this same idea when he wrote, “You will seek Me and find Me, when you search for Me with all your heart” (Jeremiah 29:13).

So, I was out walking the other day and it was one of those still days when there was little to no wind in my region of the country. An unusual occurrence as there is always a wind, it seems. I walked a long distance in the still air and sunshine. But then I turned around to return home and seemingly out of nowhere there was a gentle breeze blowing. Where had it come from? It had been there all along. I just wasn’t’t aware of it. As long as it was at my back, I didn’t hear or feel it. But as soon as I faced the other way, my ears immediately sensed its presence.

The same is true of God. As long as we have our backs turned to Him, doing our own thing, living life the way we think it should be lived, we are less aware of His presence. He is there, but we remain unaware. Once we begin prioritizing our lives around His values and principles, it is as if He comes alive in our lives. We have a heightened sense of the reality of God. But again, the sense of His presence is reserved for those who have turned in His direction.

The Anatomy of a Great Relationship – Part One

The Anatomy of a Great Relationship – Part Three
Scroll to top