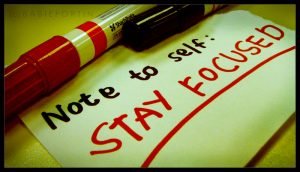 As I finished reading the book of Acts in The Message Version late last night I noticed the last comment that Lee the doctor and team member with Paul wrote…”He urgently presented all matters of the Kingdom of God. He explained everything about Jesus Christ. His door was always open (he was under house arrest).”

I believe that today the Church is not focused as it was in the Book of Acts during its early years of its life. The message was simple but profound. Easy to understand but life-altering. It had two main points – the Kingdom of God and the resurrection of the King, Jesus Christ. Paul taught and explained all about the Kingdom and everything about Jesus Christ – the resurrected King of the Kingdom. That was the main message of the early church and because they stayed focused the Church grew at a tremendously fast rate and spread quickly throughout the Roman Empire.

Today, we seem to preach everything except Jesus Christ raised from the dead and the need to repent because the Kingdom of God is at hand. Our topics range from the sublime to the ridiculous. And, they are, in most cases, not in line with the task of the Church, the mandate given to us by Jesus Himself, to “go into all the world and make disciples” (Matthew 28:19). In other words, people are not being trained and released to go into their neighbourhood and community and share the message of this new way of life originally known as “The Way.”

Instead of being trained, equipped and released we are teaching them things that are good to know but not life-changing. We are giving people information. but it is not leading to transformation. We are filling their minds with knowledge but leaving their hearts empty of passion for the King and the Kingdom. As a result the Church is weak and almost powerless and definitely seen as less and less relevant to every day life.

Maybe it is time to get back to the basics and stay focused on the simple basics – there is a Kingdom and a King. We enter the Kingdom by being born again (John 3) and as soon as we do we have a personal relationship with the King (Romans 6:23b and John 17:3) which we need to develop and pursue with all of our being. We need to come to know the heart of the King, especially His heart for the lost, the least, and the last. We need to discover His plan and purpose for our individual life and where that fits within His overall plan to constantly expand His domain and Kingdom.

Yes, there is a ministry for each person as part of the priesthood of all believers. But, it is not about your ministry but about using your skills, talents, gifts, and calling to fulfill the vision, plan and purpose of the King as He sees His Kingdom constantly expanding and reaching into every nation and people group on the planet. So, yes you have an important role in the Kingdom (ministry) but it is not about your ministry or calling – stay focused …. it is all about the King and His Kingdom.

It is time for the Church to become focused on what is most important and stop simply teaching information and opinions as we tickle people’s ears.