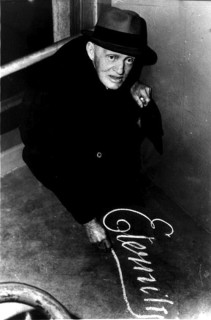 Sometimes I Fail To Embrace Eternity

In the year 2000, Australia, “the Land Down Under,” took the world stage for two special events

As the clock struck midnight on January 1, 2000 Sydney was the first city on the planet to welcome the new millennium

A barrage of fireworks exploded from the Sydney Harbour Bridge, lighting up the entire port

Some of course, intently watching their computers to see if the Y2K bug was indeed fact or fiction

Once again, the Harbour Bridge was the central focus as billions of people watched thetelevised opening ceremonies

These two events shared a lot of things in common

The attention of the entire world

However, they shared another similarity, which — at the moment — probably didn’t make much sense

At the end of the New Year Eve’s celebration, the Harbour Bridge was not lit with the year 2000, not did the Olympic opening ceremonies conclude with a fiery display of the five Olympic rings

In each case, the Harbour Bridge was illuminated by the same word: ETERNITY

Many people had to have been scratching their heads and asking themselves, “What does eternity have to do with New Year’s Eve or the Olympics?”

But, as random as it might have seemed this word is a meaningful part of Sydney’s history

It is a reference to Arthur Stace, a.k.a. the “graffiti preacher.”

Arthur Stace was born and raised in Australia, in a home where alcoholism, hopelessness, and poverty were part of his everyday life

At the age of twelve, and with no formal education, he became a ward of the state

By the age of fifteen, he was sent to jail for the first time

In his twenties, Arthur became a recruiter for his sister’s many brothels

That was the day forty-six-year-old Arthur Stace put his faith in Jesus Christ, and his life was never the same

Two years later, Arthur Stace was in church and heard an evangelist named John Ridley preach a message entitled, “The Echoes of Eternity.” His Bible passage was from Isaiah 57:15

“For thus says the One who is high and lifted up, who inhabits eternity, whose name is Holy: ‘I dwell in the high and holy place, and also with him who is of a contrite and lowly spirit, to revive the spirit of the lowly, and to revive the heart of the contrite.’”

This beautiful verse begins by revealing that God towers above us and inhabits eternity!

John Ridley was so moved by these words that he said, “Eternity, eternity, I wish that I could sound or shout that word to everyone in the streets of Sydney. You’ve got to meet it. Where will you spend eternity?”

Those words were all Arthur Stace needed to launch his now famous campaign.

For the next 35 years, Arthur, who was basically illiterate and could not even write his own name, began a simple routine

Every morning he would wake up at 4:00 a.m. and spend an hour in prayer.

Around 5:00 a.m. he would leave his house and go wherever he felt God was leading him

For hours, he would take a piece of chalk and write one word — Eternity — in beautiful script wherever he could

Every 100 feet, Arthur wrote his one-word sermon throughout the sidewalks in Sydney

As his efforts continued, he somehow avoided being arrested on more than twenty occasions for defacing public property, always answering questions with, “I have permission from a higher source.”

For more than 20 years, his work remained a mystery

It caused multitudes of people to pause and ponder

Eventually an entire nation was touched

Finally, in 1956, the mystery was solved as Arthur Stace was revealed as the “graffiti preacher”

Arthur Stace died in 1967, but his message was secured for generations to come:

Arthur Stace’s remarkable story demonstrates the impact one person, willing to be used by God, can have on others — ever an entire nation — for Jesus Christ

Here a truth: “What we do in life echoes in eternity”

Can you image if there was an Arthur Stace in every corner of the world?

What if just one believer in every city was motivated by an immense burden and a daily mission to bring ETERNITY to the forefront of everyone’s attention?

Paul the apostle who wrote over half of the New Testament said:

Philippians 3:12-14 “Not that I have already obtained this or am already perfect, but I press on to make it my own, because Christ Jesus has made me his own. Brothers, I do not consider that I have made it my own. But one thing I do: forgetting what lies behind and straining forward to what lies ahead, I press on toward the goal for the prize of the upward call of God in Christ Jesus.”

No goal in this life is as important as our heavenly calling:

“All that is not eternal is eternally useless.”

Eternity is woven into the Gospel!

One of the very first Scriptures anyone commits to memory is John 3:16, in which Jesus promised eternity with Him in Heaven:

“For God so loved the world, that he gave his only Son, that whoever believes in him should not perish but have eternal life.”

Romans 6:23b “… the gift of God is eternal life in Christ Jesus our Lord.”

We often exaggerate a lengthy situation or process by declaring, “That seemed like an eternity!”

But we really don’t understand the full scope of eternity

Imagine a bird disassembling the whole earth – twig by twig, leaf by leaf, pebble by pebble — and taking every individual element to the moon, piece by piece

When this task was finally completed, eternity would just be starting!

Once the rock was completely eroded, it would be but one second of eternity!

When we begin to grasp what eternity really means, and realize that everyone on this planet will one day come face-to-face with their eternal destiny — it raises the stakes

No longer can we keep quiet!

Our words and thoughts must be intentional.

How could we not share the Gospel with our friends?

How could we stand by and say nothing, knowing that our loved ones could spend eternity separated from God?

I believe that when we consider the “eternalness” of eternity, we have no choice — like Arthur Stace we need to find a way to share Jesus and the fact that there is an eternity to be gained

Time does not stand still for anyone

People are continually exiting this life — many without hope

Hebrews 9:27-28  “And just as it is appointed for man to die once, and after that comes judgment, so Christ, was offered once to bear the sins of many…” (who then offers eternity in heaven

I was thinking about all this the other day …

Rescuing them from an eternity separated from God’s love, light, and peace?

The hard truth: Everyone is going to spend eternity somewhere

What do they believe?

Many People think that every religion is the same and no matter which one you adhere to you are on your way to Heaven for all eternity — Wrong!

But the Bible teaches us – Jesus Himself states:

And Jesus is the expert on this eternity thing…

So, the Bible teaches:

Anyone who is not “in Christ” will be, what the Bible calls, “lost”

The word “salvation” means “the act of saving or protecting from harm, risk, loss, destruction”

In other words: There is an eternal reality — Life is more than this short time on Planet Earth

We are being saved from the ultimate consequences of sin: Separation from God’s love now and for all eternity

We are being saved from: “… harm, risk, loss, destruction”

Revelation 20:15 states that if anyone’s name is not found written in the Book of Life they will not be spending eternity (a very long forever) experiencing God’s love and life

We should feel “compelled” to share this message about eternity (1 Corinthians 9:16)

So, since time is of the essence, we need to make the most of every opportunity

We need to make every opportunity count

Ephesians 5:15-16 “Look carefully then how you walk (live), not as unwise but as wise, making the best use of the time, because the days are evil.”

While eternity spans across an infinite continuum, time on earth is limited

Either way, we will, at some point, run out of opportunities to share the Gospel

He is our one and only hope – the only way, truth, and source of eternal life

The greeting was, “Maranatha”

Maranatha was a very significant word

It literally means “the Lord is coming soon” in Aramaic

Talk about a great way to start and end a conversation

It would bring comfort to those who were suffering for their faith – “Hang in there, Jesus is coming soon”

Revelation 22:12 “Look, I am coming soon, bringing my reward with me to repay all people according to what they have done.”

It would remind them that the time to share with others the hope we have in Jesus is always now!

1 Peter 3:15b “… And if someone asks about your hope as a believer, always be ready to explain it.”

What if every Christian, worldwide, started and ended their conversations with, “Hey, Jesus is coming soon”?

It would, I hope, change our outlook and the way we relate to every person we know who is not born again (saved)

And, Maranatha is much more than just a greeting and an encouraging word

It is, in fact, a reality — Jesus IS returning to this earth – soon!

That is going to be an awesome day!

We don’t know what day that will be … but we need to be alert, ready, and actively inviting others to join us

“Therefore keep watch, because you do not know on what day your Lord will come”

And when Jesus returns, He will hold every one of us accountable for how we managed and used the resources, abilities, opportunities, and the good news He gave us

For those of us who know and love Jesus, His return is not something to fear

It is something to be excited about!

And, It should spark in us a sense of urgency that, until that day comes, we have an important job to do

Question: If you knew Jesus was coming back next week, who would you tell about Him today?

Telling others about Jesus is “embracing (and understanding) eternity”

And “Sometimes I Fail To Embrace Eternity”