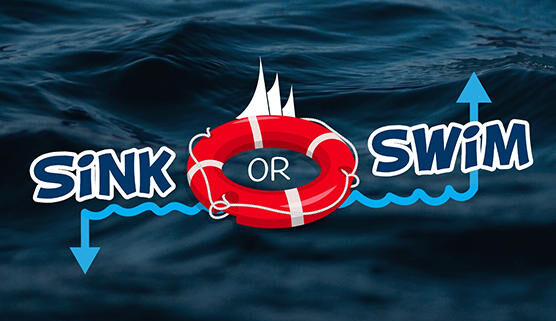 Former British Prime Minister Stanley Baldwin (1923-29, 1935-37) is quoted as saying, “I am one of those who would rather sink with faith than swim without it.”

The quote, when I read it a few days back, reminded me of three Bible characters; friends. They were put to the test as circumstances where they were living changed drastically. Now they were no longer allowed to practice their faith in the one living God of Israel. They could not practice their faith either privately or publicly. Often in the Scriptures we see people who have their faith tested. I would judge that these three young men went through one of the most severe tests of faith of any Bible character.

Shadrach’s, Meshach’s, and Abednego’s very lives were at stake. They were faced with a terrible dilemma, as the rules for practicing their faith while living in Babylon changed dramatically overnight. They faced a terrible dilemma. They said, “King Nebuchadnezzar is telling us to bow down and worship him instead of God, or he’ll throw us in this fiery furnace. We’re not going to bow down and worship a man, even if that man is a king. We believe that God will deliver us. We believe that God will rescue us. But even if He doesn’t, it will still be okay. We’re not bowing down to anyone but our Lord.”

Do you see that deep, inward, unshakeable faith in a trustworthy God? Theirs wasn’t a faith based on the outcome they desired; it was a faith based only on the character and goodness of God.

“We believe our God can.”

“We believe our God will.”

“But even if He doesn’t, we still believe.”

How could they have such confidence? How could they be willing to die instead of making a lifesaving decision and then ask God for forgiveness later?

Because they believed that God is God and that He has everything under control, and that was good enough for them.

They knew that even if they died a terrible excruciating death in the flames of the king’s furnace, God was still God. They believed that the Lord was on His throne and that they simply had to do their part and trust Him.

You might be shocked at how your trial can reveal a depth of faith you never knew you possessed. 1 Peter 1:7 says this: “These trials will show that your faith is genuine. It is being tested as fire tests and purifies gold—though your faith is far more precious than mere gold. So when your faith remains strong through many trials, it will bring you much praise and glory and honour on the day when Jesus Christ is revealed to the whole world” (NLT).

When things are not always going the way you want them to or you are about to be overwhelmed by circumstances and your situation. When you are going through one of the many tests and trials of your faith and are wondering if you are going to survive. It is always good to remember three small words that appear in the Bible whenever someone has reached the end of the road and have apparently run out of options and no longer have any hope. Those three little words are: “But the Lord…”

Recently we were looking at the prophet Habakkuk. He didn’t get the answer he wanted from God, but still he believed and hung on to his faith. Although his life was about to grow even harder, still he chose to keep the faith. He knew, like these three young teenagers in the furnace, that God was still God. He knew God was still in charge. No matter what Habakkuk experienced, he kept coming back to those three little words that carry such enormous power:

It would be good for us to remember those words when we are having our faith tested and tried.

Technology Has Changed How We Relate – Part One
Scroll to top