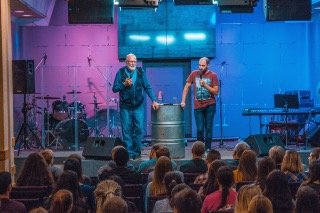 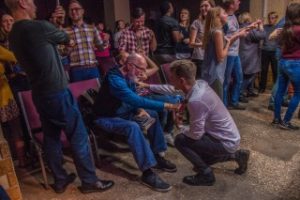 Ralph had the honour of ministering in the city of Yaroslavl, Russia in early November, 2016. He worked with the leaders and people of “God’s Church” (godschurch.ru) and several of their sister churches in cities near Yaroslavl. He ministered on prophetic evangelism during the church’s 25th anniversary weekend celebrations. They are working to reach out even more and more to their city with the love of Jesus as they move into a new season of ministry.

On Monday he met with church leaders from a number of nations and then, in the evening, ministered to a large group of approximately 75 business people.

Tuesday through Thursday he was at a youth conference out in the country at a conference center where there was no heat and no hot water for the duration of the youth conference. It didn’t hamper anyone involved. It was an amazing conference with 350 young people in attendance. The theme was “Don’t Miss Your Miracle.”

Thursday night he ministered to an evening service back in the city of Yaroslavl where those in attendance are all recovering addicts.

Friday he met with some local business men to prophesy over their business ventures and answer questions and then ministered at a massive Friday evening service for youth … leaving afterwards for a five hour drive into Moscow and his flights back to North America.

Ralph will be returning to the city of Yaroslavl and God’s Church in February, 2017 where he will be teaching his “Walking In the Supernatural” seminar and ministering at a number of local churches.