The Message Spreads to Samaria

(Acts 8:4-25) Now those who were scattered went about preaching the word. Philip went down to the city of Samaria and proclaimed to them the Christ. And the crowds with one accord paid attention to what was being said by Philip when they heard him and saw the signs that he did. For unclean spirits, crying out with a loud voice, came out of many who had them, and many who were paralyzed or lame were healed. So there was much joy in that city.

But there was a man named Simon, who had previously practiced magic in the city and amazed the people of Samaria, saying that he himself was somebody great. They all paid attention to him, from the least to the greatest, saying, “This man is the power of God that is called Great.” And they paid attention to him because for a long time he had amazed them with his magic. But when they believed Philip as he preached good news about the kingdom of God and the name of Jesus Christ, they were baptized, both men and women. Even Simon himself believed, and after being baptized he continued with Philip. And seeing signs and great miracles performed, he was amazed. END_OF_DOCUMENT_TOKEN_TO_BE_REPLACED 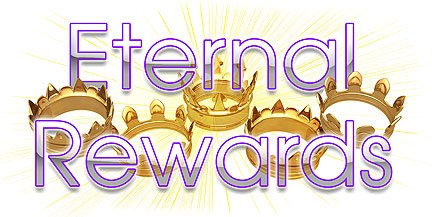 Salvation is “the gift of God; not as a result of works” (Ephesians 2:8-9) Salvation is received by faith in the finished work of the Lord Jesus Christ (John 3:36). Rewards are according to the works of the believer (Matthew 16:27).

Matthew 12:31 “Therefore I say to you, any sin and blasphemy shall be forgiven men, but blasphemy against the Spirit shall not be forgiven.”

The Holy Spirit is God and can be sinned against by both the believer and the unbeliever.

1> The sin of blaspheming the Holy Spirit
END_OF_DOCUMENT_TOKEN_TO_BE_REPLACED