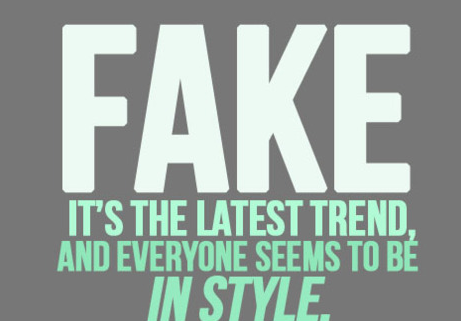 I feel for religious people. They have all the rules to follow with no benefit gained from their obedience and faithfulness. The height of being religious is seen in the Pharisees. I mean, whenever they get brought up I immediately think, “Great. What arrogant nonsense are they sprouting now?” No Joke: most of these guys were the epitome of self-righteous religious imposters sucking life out of people who were truly hungry for God.

The Pharisees were known as the religious elite, the top dogs, and the high-and-mighty of faith. And although these nicknames sound incredibly awesome, the men who were behind them weren’t all too savvy when it came to actually knowing their heavenly Father, Pharisees were known to be righteous and zealous for keeping the law. But their observance and protection of the law was filled with arrogance and hypocrisy. They were prideful and stingy with grace. Judgment was easy for these guys, but refusing to show grace or give second chances was their demise.

In Matthew 23, you will find Jesus teaching to the crowds and to His disciples about the problems of hypocrisy. He claimed that although the words of the Pharisees may have been wise, their actions did not match what they preached. He continued by describing what most religious people, including religious Christians, face in today’s generation: ‘Everything they do is for show’ (Matthew 23:5).

Jesus was publicly calling out the Pharisees for being religious show-offs who were looking to gain nothing but personal acknowledgment for their actions. They were using their faith and knowledge of the Scriptures as a catalyst for personal popularity. They loved the idea of being extremely religious, but failed to convert that into passion for God Himself.

Not only did the actions of the Pharisees hurt their own opportunity for salvation, but their ways of living gave a false reflection of what it actually meant to be a follow of God. The constant judgment and religious entanglement they repeatedly subjected people to was theologically unjustifiable.

Listen to what Jesus said about these religious people…

“What sorrow awaits you teachers of religious law and you Pharisees. Hypocrites! For you shut the door of the Kingdom of Heaven in people’s faces. You won’t go in yourselves, and you won’t let others enter either (Matthew 23:13).

The Pharisees spent so much time focusing on their outer appearance that they failed to allow the inner transformation to take place. You know, the one thing that actually mattered. It would be similar to someone who buys an old car from the junkyard, completely restores both the interior and exterior, and then doesn’t put any money into fixing the car’s engine. It may look spectacular, but it’s not going anywhere. Likewise, we seem to have convinced ourselves that if the outer image looks grand enough, then no one will bother asking about what’s actually under the hood.

When we find ourselves being complimented on the outer appearance long enough, it’s easy to forget about fixing what’s inside. As you can imagine, this is a hindrance to many people who are trying to find true transformation in Christ Himself.

Since the Pharisees found themselves in the spotlight of religious appreciation, it’s no surprise that their elegant speech and impressive knowledge of the law kept them comfortable and unwilling to push further in their spiritual journey.

Do you want to know how to live a great gospel-centered life? Just do the exact opposite of everything the Pharisees did. The Pharisees were more focused on impressing each other with spiritual knowledge than actually following the commandments of God, showing grace, or lending a selfless hand. We have to make an effort to walk that talk.

The Pharisees – Prayed in public for recognition

True followers of Christ – Pray in public because they are unashamed

The Pharisees – Judged people for the sake of judgment

True followers of Christ – Lovingly correct people because they care

So, as you can see – religious people suck! And, it is regretful how many people who called themselves believers – even Christians – are really nothing more than religious people who look good but are inwardly lifeless. Such a pointless existence … believing that things are good only to one day, discover that although they knew the Word of God they did not know God. And thus missed spending eternity with Him in heaven.

And you … what about you? Whee do you fit in to this picture?

Eight Differences Between a Believer and a Follower
Scroll to top