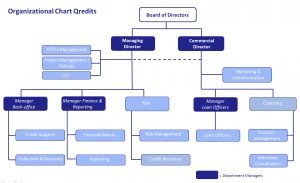 However, a study of the words used in the original texts (Greek) and the context where those words are used will show the reader that these words are all speaking of the same thing. These “positions” were really all one and the same and not positions at all. They were roles to be fulfilled within the “family of God” and were filled by qualified, mature ‘spiritual parents.’ who were generally called elders.  Just the way the Greek was translated into our current language makes them appear to be different positions and different levels of authority within the structure of the Church. But, they were relational and not positional. And, all held by those referred to generally as “elders.”

Many times the same word is translated differently depending on the context where the term is found. And, the translation causes major confusion and becomes the basis for many false teachings about church structure, women in leadership, women in ministry, and the need to submit to someone in authority. The major misunderstanding is the role of the pastor within the life of the Church.

There is a common myth about church leadership. We have believed religion that gives us the idea that bishops, presbyters, overseers, elders, and pastors were separate persons. These were not separate people; they were different terms for a single group of people. These terms denote spiritual parents. Most of the time, these leaders were simply called elders. They were, at times, referred to as shepherd, overseers, bishops, presbyters… But, they were all elders who were functioning in various roles within the Church. And, elders were eventually appointed in all of the churches, as seen in Acts 14:12…”And when they had appointed elders for them in every church, with prayer and fasting they committed them to the Lord in whom they had believed.” Elders were the spiritual overseers of every church.

The truth is: as you study the various words we have in the more modern translations of God’s Word in the original language it becomes quickly apparent that the religious bias of the translators and readers supply a filter by which we see and understand these terms. And, the basis of our understanding is that these titles were positions to be occupied by people in an organizational structure. In reality, there were no positions in the early church. The functioning of an elder in the early Church was relational, not positional. The early Church did not have titles and positions, they simply had spiritual parents. So, in the early Church there were spiritual leaders – parents – but no organizational hierarchy.

Without going in to minute details … if you read through the book of Acts with fresh eyes rather than filtering the text through the lens of tradition, you will quickly discover the elders (also called presbyters) were the sole shepherds (also called pastors) and overseers (also called bishops) of the early Church. These elders were a team that ministered in spiritual oversight and were a reflection of the Father, meaning they were more like spiritual parents than administrators.

So, today’s positional leadership in the Church is not biblical. We may use biblical words to define roles within today’s church but we have totally redefine the meaning of these biblical terms to fit our man-made church model.

Never Graduating A Pastor Is Not a Pastor
Scroll to top