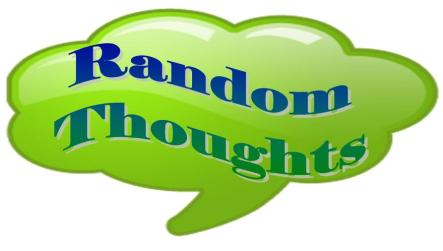 I was in a tremendous service the other night on one of my trips going east in my country of Canada. It was a powerful night of worship, exhortation, sharing, testimonies, teaching, dedicating a baby, and then prophetic ministry. It was a seriously important night in the Kingdom of God.

My first observation to note … People coming out of a stagnant, dead religion that controlled and manipulated them are hungry for the real thing. People will even come out on a Saturday night if there is life, liberty, and power. People participated, listened and interacted with the teaching of God’s Word, took notes, leaned forward as if actively anticipating ‘manna’ for their spirit. They were, like the Bereans, actively engaged in the process of teaching and learning. Powerful when you are the teacher of the Word in that situation. I pray their hunger infiltrate the ranks of those who have been Spirit-filled and free for many years and who take so much for granted having lost their zeal and hunger.

Secondly, when there is a church leader in the congregation it is good to invite them to come to the front and receive ministry. Often the leader of a local church is the first to arrive to the service in their home church and the last to leave. Between setting up and getting things ready for his people and then praying for them and ministering to them at the end of the corporate meeting he gives and gives. People are blessed and ministered to and then they go home. Seldom do the people or even the leadership team think to pray for the one that was ministering and giving from the very bottom of their heart and soul.

So, whenever I see a main leader of a church in the service I work really diligently to bring them up front so we can honour them, thank them, and pray and prophesy over them. They are God’s appointed leaders and I want to make sure we minister to them and support them.

Thirdly, often someone with a prophetic gift is not asked to come up front and help during the prophetic ministry time. Either they were busy elsewhere, taking care of their children, or others were called upon to exercise their gifts and not them. However, afterwards, they go up to a person and give them a prophetic word. I call this a “parking lot prophesy” and it is not good. The service is over, the recording structure has shut down, and the person is quietly ministering prophetically over in the corner … Wrong!

Prophecy needs to be public in a service so that others can hear and judge the Word of the Lord as it is being given. And, the person prophesying must be accountable to the local leaders of the church for what he is ministering. This cannot happen if it done after the service in a corner of the sanctuary with no one listening or recording. So, the person, in spite of their gifting, is out of order according to God’s Word and should not be prophesying after the service has been officially closed for the day. 1 Corinthians 14 states that the prophetic word should be spoken and others with the gift (or prophets if in the service) should judge the words being given.

I love the local church and appreciate the enthusiasm of God’s people but there is an order to how things work and function within the family of God. And, it really encourages the life of the local church if things are done openly and in a way that honours the Lord and His Word.

Just some recent observations about the life of the Church…