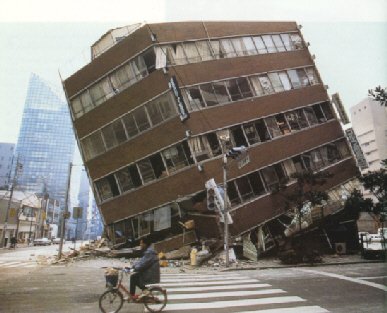 I have this prophetic sense that God is shaking His Church and every man-made religious structure and belief system because many are not following the biblical Jesus. They are, however, following a “different Jesus” – not the Jesus revealed in the pages of the four Gospels  – Matthew, Mark, Luke and John. I first mentioned this prophetic insight at the end of May in my last article.

Paul the apostle comments in 2 Corinthians 11:3-4: But I am afraid that, as the serpent deceived Eve by his craftiness, your minds will be led astray from the simplicity and purity of devotion to Christ.

The Holy Spirit has told us that if we have seen Jesus then we have seen the Father. This is what Jesus said to Philip when this disciple asked to see the Father. The book of Hebrews tells us that Jesus is the exact representation of the Father; to have seen One you have seen the other. So, the Jesus that we follow determines the god that we worship and serve – and even our eternal destiny. And, today many are being deceived and drawn away from a pure and simple devotion to the One true God as revealed in and only found through Jesus – the real, Bible Jesus.

Many today follow a Jesus of their own imagination. They have broken the first commandment and have created a god other than the real God.  And, they have broken the second commandment and made a god in their own likeness and now worship and serve him because he approves of their behavior and lifestyle. This god allows them to live in whatever manner they desire to live. We call this living lawlessly – or licentiousness. Each man, as in the days of the Judges, “does what is right in his own eyes.”

Others follow a cultural Jesus who has been designed by the society in which the person lives. This Jesus has absorbed all the traits and behavioural habits of the people who live in that culture and thus approves of their values and morals as well as their lifestyle. He also makes room for other gods whom this culture welcomes and honours.

Still others worship and follow a church or religious Jesus created by the religion called Christianity. This is, again, a man-made Jesus who can be honored and pleased by sacraments and good works done in his name. As a result they live by a set of rules and regulations and honor him by keeping the rules and thus being in right relationship to the church and those who lead the church and created the rules in the first place. This is the total opposite extreme to licentiousness – known as legalism that leads to control and manipulation and not freedom.

The Holy Spirit is drawing out of man-made religion, cultural belief structures and self-made godless belief systems all those who tired of a powerless god and who are willing to become disciples of the Living God as revealed only in Jesus and follow Him – becoming part of a team of radical soul-winners who are willing to go into all the world and tell others the night and day difference Jesus has and is making in their lives.

He is looking for those who will count the cost and respond immediately and having put their hand to the plough will never look back. Disciples fit for the Kingdom and to serve the King.

Some Have Died
Scroll to top