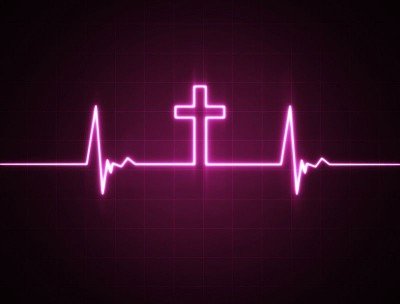 Les Nimigan was the director of a modern-day, Canadian-based evangelistic ministry reaching out to people in the transportation industry. Several years ago, when he was traveling in Alberta, Canada, the old car he was driving broke down and was beyond repair, leaving Les in dire need of a car to continue his working trip. There was just one problem: The ministry had no money to pay for the expense. So, Les prayed earnestly that God would provide a car.

Les walked into an auto dealership the next day to see what his options were. Les found out that the owner was a Christian, so Les shared some information about his ministry. When the owner learned of his need for a car, the dealer sold him a Chevrolet Nova at dealer cost of $9,740.42 on the condition that Lee would send him a check for payment when the Lord provided the money.

So Les took the car and drove to Toronto.

Once back at the ministry headquarters, Les and his staff had a prayer meeting to ask God to send additional funds to pay for their new purchase. The moment they finished praying, the secretary opened the mail and discovered a check from an elderly donor in the amount of $9,741.52 His secretary was dumbfounded that the check was so close to the price of the car, but she wondered why the amount would be off $1.10. Les responded, “Why, of course, that’s the amount to cover the postage to mail our cheque to the car dealer.”

Any answers – expect maybe “no” as an answer

So, when we hear someone’s success story we rejoice with them as we should…

Jesus said: “My house (Church) shall be called a house of prayer for all nations…” Mark 11:17

A good connection and daily relationship with God

Healing for the sick

Deliverance for those who are demon possessed

The night before the trial was to begin, Peter was tied up in chains and forced to sleep between two jailers

Sentries stood guard outside the entrance to his cell

But, unknown to Herod, the church had more power than he – the Roman Empire leader of that region – had

Prayer and power are connected

Miracles, signs and wonders are directly connected to prayer

The assembly on Sundays seems to lack life

Does your personal prayer time at home have life?

Does it touch the heart of God?

Do you pray ahead of time asking the Holy Spirit who inspired men to record these words to lead you into the truth contained in the words?

Lost your passion for the Lord – the fire has gone out

Want to see the church grow in numbers

How is your personal prayer life

An issue of people’s priorities and timetables

BUT, more an issue of their personal prayer lives…

If not actively praying privately then little desire to pray publicly

Prayer – the Heartbeat of the Church

Foundational to the Christian faith

The centre of our relationship with the Lord

The key to moving in the power of God

Edwin Tull was raised in a non-Pentecostal home that did not believe in the gift of healing and went to a church that did not move in the power of God.

When his mother was bed-ridden with a crippling arthritic condition, the local doctor informed the family that there was nothing else that he could do for her medically

The family felt hopeless, and helpless. But then a neighbour said, “There is a preacher at the church down the street who believes God heals today. They called him. He came.

The hands of Edwin Tull’s mother were drawn and disfigured. She was so crippled with arthritis that she was literally immobilized. The praying preacher was not intimidated by the sight of her crippled condition. He prayed. God came. God answered.

Those present watched deformed hands straightened. They saw a bed-ridden woman who could not walk, rise and dance before the Lord. Then the power of God hit Edwin … the son of the former crippled woman. He fell flat-out on the floor. There, unaided by any human being, he met the God of the New Testament and was saved.

His whole family were swept into the Kingdom that night – everyone repenting and receiving Jesus as their Lord and Saviour. Edwin went on the serve the Lord for many decades as a pastor and as a chaplain at Lee University in the USA.

What was the secret to that pastor’s power?

Simple: God shows up in public with those who meet with Him privately.

The secret place of prayer for the pastor who came that night – C.J (Pop) Abbott – was by his bedside.

So frequently did he kneel there, so fervently did he pray there, that two grooves had been worn into the wood floor by the knees of that praying pastor.

I read that story – and thought of the number of people, the number of times I have said or written that “I will be praying for you…” and then never did.

I am not alone – you do the same thing.

“I’ll pray for you” is a phrase packed solid with good intentions. However, sorry to say, prayer requests can go in one ear and out the other.

We all live a frantic, fast-paced lifestyle in our world today.

So, following through on that pledge and promise to pray has become too much like the “to do list” of various things around the house that need my attention and never get it

However, I believe that more than busyness keeps us from praying when we promise to.

People tend to exchange lip service for genuine prayer because we forget the true power that prayer holds.

This needs to change…

There is no spiritual life without prayer

IN YOUR LIFE – PRAYER…

The Bible makes it clear that when you pray – things change

“Everyone who asks receives (Matthew 7:8)

“We have a God who engineers circumstances”

God is involved and engaged in the world, even when you and I relegate his interventions to being mere “coincidences.”

He needs to have you invite Him to become involved – PRAYER

Praying about the situation – relationship also…

Prayer can make a tangible difference in your physical health

Jesus asks about the other 9 and then blesses the one that did return.

He says, “Your faith has made you whole”

Through prayer God can heal us of past memories and free us from emotional pain so that they are no longer a dominating force in our lives.

As God works at adjusting situations and circumstances because of prayer

He is also changing and adjusting you because of your prayers

PRAYER – must be THE HEARTBEAT OF A BELIEVER

We pray – not powerful prayers – but to a powerful God

He determines how He will answer what we ask of Him

So, as you pray humble and biblically based prayer to our powerful God – remember that He is looking for five prayer attitudes

THE SIX B’S OF PRAYER:

The first and most important quality of effective prayers is a keen awareness of whom you are praying to.

Not just “the man upstairs”

Not your best friend

He is God – holy and majestic

He is God – Almighty and powerful

He is God – the One True God

He is God – Giver and Sustainer of life

He is God – the Judge at the Judgement

Be real – be yourself

When you pray, God wants nothing more than for you to be genuine

Be the REAL you –

Use REAL English – talk as you normally do

Express your REAL thoughts and even REAL doubts

Be willing to repent, seek forgiveness and abandon sin from that point onwards

This is called being tenacious in your prayer life

James 5:16b The earnest prayer of a righteous person has great power and wonderful results.

We are told by the writer of the Book of Hebrews in the New Testament that because of Jesus’ death and resurrection we can, as believers, come boldly into the Father’s presence and speak to Him (Hebrews 4:16)

Trust God to answer your prayers

George Muller, who established a series of orphanages in 19th century England, is perhaps my favourite prayer person of all time.

He started out with a single house to care for a handful of orphans, but by the time he died, George had fed, clothed, and taught over 10,000 orphans.

Although the work and ministry he performed over his lifetime is remarkable, what is truly extraordinary is how George did it.

He let prayer be the center piece of his life’s work. In reading Psalms 81:10 (“Open your mouth wide, and I will fill it.”), he believed that this passage meant that God would do as he promised and provide for the needs of the orphans and his family. He seriously expected God to do what God said He would do.

So, instead of doing the expected fundraising gigs in churches and Rotary Clubs and appearing on late-night TV commercials, he simply prayed for God to prompt people to give money to them.

In all his years of caring for thousands of orphans, he never once asked a person for a dime!

And, over the span of decades, God never failed to provide materially for George – not that he never had any hard times, because he had more than his share.

On countless occasions, the orphanage ran completely out of money immediately before a breakfast or dinner.

But, each time, the Lord miraculously intervened before anyone missed a meal.

Muller was a fanatic at writing down his prayers and their answers and said later that some 5,000 of his prayers had been answered on the day he asked for them.

There is a marvellous children’s story – the Dr. Seuss classic, Green Eggs and Ham.

Green Eggs and Ham tells the story of Sam-I-Am, a persistent, weird-looking creature who tries to get his friend to eat green eggs and ham, hounding him wherever he goes.

Convinced that he won’t like the dish, his friend refuses a whopping 70 times until he finally agrees to try them if Sam-I-Am will stop bugging him.

But when the friend finally tastes the first bite, he discovers that he loves them after all.

Talked about but seldom tried

Trying to convince believers to really give it a try

Therefore, it is time to take a good hard look at your personal prayer life as a believer of the Lord Jesus and begin to work with it again if you have given up

Or in you have a prayer life but it missing ‘life’

Limping along and barely there

Time to focus and bring improvement to your prayer times