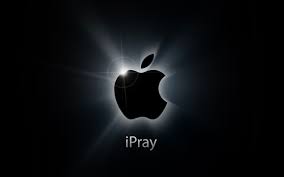 In this age of instant communication and on-line connecting and relationships it is easy to forget to simply pray. We can become so caught up in connecting with others that we forget to connect with the Author of all life who sent His Son to die for us so that we would have a way to connect, communicate and build relationally. God has never phoned me on my iPhone, texted me, used instant message, or placed a comment on my Facebook page or Twitter account. Maybe He is just not into current technology – He still prefers us to speak with Him face-to-face as a man speaks with his friend (Exodus 33:11). So, let’s not forget “iTalk” as we enter a fresh new year.

I believe there are several things that God wants us to emphasis here at The Sanctuary in 2014. They are, of course, all linked to each other.

I believe He wants each and every one of us to focus a little more on prayer – our personal prayer life as well as our corporate prayer life as a church family. God’s hand is moved in response to prayer. God wants our prayer times to start with listening as He has much to reveal to us in 2014. Some of His revelation will be personal between you and Him. You know, things that He would like you to deal with and straighten out so that you are not hindering the flow of His miracle working power in your life. But, He also wants to reveal some of the things on His heart for your family, for this church, and for His Kingdom. Why? So, we can be a part of what He is about to do in 2014.

I believe the emphasis in 2014 is also going to involve that dreaded word “evangelism.” He wants our intimate relationship with Him to influence others and then impact our neighbourhood and community. So, He will be constantly encouraging us to learn how to “fish” and how to bring people from spiritual darkness into the light. Nothing pleases Him more than His people stepping out in faith and, because they love Him, doing as He has commanded. So, it will be a year to learn how to win the lost, to gain a heart for the lost, and to reach out with our hearts to the lost.

These and other important emphasis in 2014 will only happen if we take time for iTalk. This may mean having to turn off our iPod, iPad, iPhone and learn how to listen to the voice of the God who created our brains and inspired to create such great gadgets … Let’s make this a seriously supernatural year with Jesus and His family, the local church.

“if you love Jesus, do something”
Scroll to top