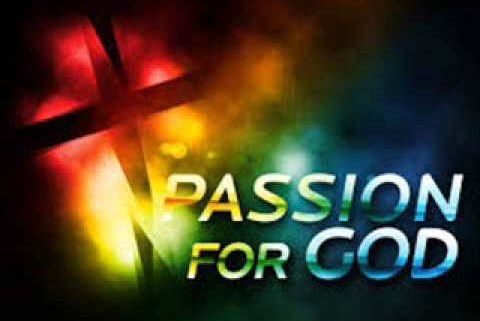 I am amazed as I read Scripture of the passion that people had for the Lord.

Paul states: “I could wish that I myself were accursed from Christ for my brethren, my countrymen according to the flesh, who are Israelites” (Romans 9:3-4) He was offering to exchange his own salvation for the salvation of others.

Moses shared Paul’s self-sacrificing passion for others. He asked God to blot him out of His book if the Lord did not forgive the idolatrous Israelites in the Sinai desert (Exodus 32:32).

Then there are the many biographies that I read … Rosa Park who refused to give up her seat for a white person on a bus in the southern United States that began the Civil Rights Movement. A passion to make things right. Jim Elliot – a passionate follower of Jesus who went to share the Gospel with the Auca Indians in Ecuador in 1956. And died for his faith and his love for others that motivated him to approach this remote tribe to share Jesus with them.

Today I read the story of a young man called Joseph – who lived in Africa… Let me quote the story as it appears in a book I am reading.

One day Joseph, who was walking along one of these hot, dirty African roads, met someone who shared the Gospel of Jesus Christ with him. Then and there he accepted Jesus as His Lord and Saviour. The power of the Spirit began transforming his life. He was filled with such excitement and joy that the first thing he wanted to do was return to his own village and share that same Good News with the members of his local tribe.

Joseph began going from door to door, telling everyone he met about the Cross of Jesus and the salvation it offered, expecting to see their faces light up the way he had. To his amazement the villagers not only didn’t care, they became violent. The men of the village seized him and held him to the ground while the women beat him with strands of barbed wire. He was dragged from the village and left to die alone in the bush.

Joseph somehow managed to crawl to a water hole, and there, after days of passing in and out of consciousness, found the strength to get up. He wondered about the hostile reception he had received from the people he had known all his life. He decided that he must have left something out or told the story of Jesus incorrectly. After rehearsing the message he had first heard, he decided to go back and share his faith once more.

Joseph limped into the circle of huts and began tp proclaim Jesus. “He died for you, so that you might find forgiveness and come to know the living God,” he pleaded. Again he was grabbed by the men of the village and held while the women beat him, reopening wounds that had just begun to heal. Once more they dragged him unconscious from the village and left him to die.

To have survived the first beating was truly remarkable. To live through the second was a miracle. Again, days later, Joseph awoke in the wilderness, bruised and scarred – and determined to go back.

He returned to the small village and this time, they attacked him before he had a chance to open his mouth. As they flogged him the third and possibly the last time, he again spoke to them of Jesus Christ, the Lord. Before he passed out, the last thing he saw was that the women who were beating him began to weep.

This time he awoke in his own bed. The ones who had so severely beaten him were now trying to save his life and nurse him back to health. The entire village had come to Christ.

Passion is not cheap. But it is real; it is priceless. It may cost your life, but it will save your soul. Generations of believers, now passed from the earth, handed down the gospel so that you could hear it. Now it’s your turn.

You Are God’s Gift – Part Two

One Decision Away From…
Scroll to top