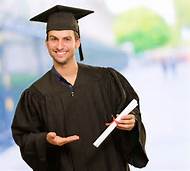 Jesus gave to the Church some to be apostles, some to be prophets, some to be evangelists, pastors and teachers to equip the church for ministry. But ministry is not the end goal because Ephesians 4:12-13 tells us the real end goal: “So that the body of Christ may be built up until all reach unity in the faith and in the knowledge of the Son of God and become mature, attaining to the whole measure of the fullness of Christ.”

These verses are packed with meaning. But let me just highlight a few of the things worth noting. This passage tells us that the Body of Christ is built up whenever church members exercise their calling as the priesthood of all believers. They also tell us our goal should be complete unity, which we know is Christ’s heartfelt desire for His Church. They also talk about knowing the Son of God and attaining to the whole measure of the fullness of Christ. Among other things, this speaks to the eternal life we have in a Person, not eternal life as some kind of separate thing.

So, the end goal is a mature Church where the members are all ministering to Christ and each other – teaching, preaching, praying, evangelizing, discipling and mentoring the younger believers bringing them into maturity as well. In other words, healthy, reproducing – could we say multiplying – disciples.

These verses also clearly explain the end goal of equipping (the same end goal of all spiritual parenting): to produce fully mature disciples. To reproduce and multiply as God’s first command to the human race states: “Be fruitful and multiply.” Most believers never reproduce. And, if they do bring someone into the Kingdom and disciple them they are in the minority… and this is simply ‘addition.’ God said, “multiply” just as most couples do in marriage. MY wife and I had six children … we didn’t just replace ourselves by adding two more human beings to the human race – we multiplied and saw six added… and that has multiplied well into the mid-teens currently.

But, is it possible to produce fully-mature disciples in a manner that multiplies the results within the church as we currently see it functioning? I don’t believe so. It seems to me that in the system of a church being led by a pastor or a church staff that those who attend and are members never reach the point where they are mature, reproducing disciples.

The system of the “paid professional” leading an organized church holding weekly “assemblies” to teach and minister to the people never brings about the unity nor the maturity that the verses we are looking at mention as the end goal. Such a church model is designed to produce many life-long learners but very few teachers. Any ‘children of God’ but few spiritual parents. Or to put it another way: Sunday school is the only school from which no one ever graduates. But Christ wants us to graduate and become a true priesthood of all believers, empowered to exercise genuine spiritual authority.

So, we need to change the hierarchical system of a lead pastor and paid staff where the professionals do all the teaching and ministering and allow the priesthood of all believers to function, to learn, and to grow into maturity. Maturity is never reached by simply constantly learning – it is reached when the believers reproduce winning others to Jesus and then apply what they are learning as they minister, disciple, and mentor. Although a hierarchy is an effective model for grooming successors and directing subordinates, it is insufficient and inadequate for raising spiritual sons and daughters and releasing the priesthood of all believers.

It is time to reexamine the way we structure the Church and “do church.” As is, it is simply not becoming what the Lord envisioned nor is it accomplishing what He has commanded. It is time to grow up and graduate.

The Builders and the Millennials Relational Not Positional
Scroll to top