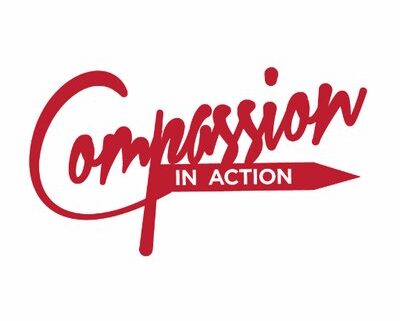 The Greek word that the New Testament translates “compassion” is splagchnizomai. It is pronounced “splag-ch-NEE-zo-my.” It means “to be moved as to one’s bowels.” It means to have your bowels yearn. It’s a passion arising from a place so deep inside you that you can feel it, that it sounds like your intestines are working, doing something inside of you.

When the New Testament was being written, people believed that love and compassion originated from within your bowels because that was the deepest place in your body, right in your center. When they used the word splagchnizomai, they were describing an ache, an empathy for another person felt deep inside. But even more important, it means that you feel so strongly, you are moved to action. Don’t miss this. It’s powerful. Compassion is not just an emotion, not just some feeling you have that eventually passes.

Let me put this another way. If you say that you care but then don’t act on that feeling, it’s the same as not caring at all. Please reflect on this, because It can be hard to process.

Let’s think about what this looks like in our everyday life. When we see something on Instagram that really connects with us, or something on Facebook that makes us feel some emotion., what do we do? We click. On Instagram, we may spring to double-tap on the picture, because that Likes it. Tap, tap. We can see that the person is going through a hard time, and that makes us feel bad for them. So we acknowledge their pain by giving them our Like or double-click. But clicking isn’t caring. Truly caring means taking some action. It’s getting ourselves involved so we can make a difference in a life. Clicking doesn’t change anything. Caring is not Liking a post; it’s loving a person.

As you might guess, Jesus is the best example of how this concept was lived out. In every verse in the Gospels where we see Jesus and the word compassion together, we immediately see Him perform some action. He was there, He felt compassion, and He did something. Every single time.

But don’t just take my word for it. Look for yourself. For example, in the gospel of Mark, a man approaches Jesus with a desperate need:

“A man with leprosy came and knelt in front of Jesus, begging to be healed. “If you are willing, you can heal me and make me clean,” he said. Moved with compassion, Jesus reached out and touched him. “I am willing,” he said. “Be healed!” Instantly the leprosy disappeared, and the man was healed” (Mark 1:40-42 NLT).

Compassion. Splagchnizomai. Jesus felt, and immediately He acted. He touched the man.

Here’s another one. When Jesus was leaving Jericho, two blind men heard Him going by and called out to Him, asking for His help (Matthew 20:29-30). “Jesus had compassion on them and touched their eyes. Immediately they received their sight and followed Him” (Matthew 20:34).

Jesus felt compassion; therefore, He acted. True compassion demands action. To say you care but then not act is not to care at all. We’re living in a society where we care less and less about other people. That’s even quantifiable: young adults care 40 percent less than they did just a few decades ago. It’s tragic. And I believe, it’s unacceptable for those of us who call ourselves God’s people, His Church, to just sit by and not act when we’re surrounded by people in need.

When I look at how Jesus lived His life, and when I allow the words He said to challenge me, something in me changes. I am compelled to deny myself, to take up my cross, and to follow Him (Matthew 16:24). I actually want to die to myself. I want to follow Him.

I’m going to ask you some potentially really difficult questions. When was the last time you gave an hour to serve someone else? What about a whole day? Have you ever spent an entire weekend just serving other people?

What about financially? When was the last time you really went out of your way to give financially? I don’t mean something obligatory, something people might expect of you. I mean that you gave just because you felt like it. You gave a significant, difficult amount for you that would genuinely make a difference in some else’s life.

When was the last time you missed out on doing something that you really wanted to do because you chose instead to invest that time in someone else? If you’ve done any of these things recently, then I praise God with you.

If you don’t remember the last time you did something like these things, could it be that you’re not really that close to Jesus? You might think that’s a judgmental question. Possibly. But here’s something I know for a fact: when people are really close to Jesus, their lives are no longer about themselves. They become about glorifying God and loving others.

The Price of Peace – Part One
Scroll to top