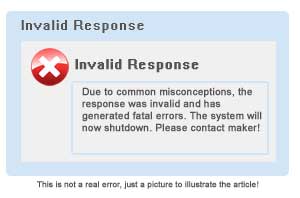 When we think about a model for the role and ministry of the apostle today – most often we think of Paul and his wonderful ministry as found in the New Testament. However, obviously he was not the only apostolic ministry in New Testament times. So, our first misconception…

Although Paul’s apostolic ministry is highlighted more than any other in the early church he is not to be considered the standard for all apostles.

God is a God of tremendous diversity and so he operates in many different ways within the same ministry calling. Each minister is uniquely shaped by God with spiritual gifts, passion for a specific area of ministry, abilities, personality, life message and experiences. They have been designed for a specific ministry at this time to a select group of people. Thus, although their calling is the same – there is no ‘standard’ way to fulfill that calling.

Some of the key apostolic men did travel and minister evangelistically. They would enter a town or city and begin to preach and teach, winning some to the Lord. Then they would begin to plant a church staying with the new believers as they were discipled and as the church was established and strengthened. Peter, Paul, Barnabas, and Apollos are the ones who quickly come to mind who ministered in this manner.

However, some who held apostolic office were stationary; like James and the other apostles located in Jerusalem. The Bible gives no indication that these men traveled extensively although they did send out others to monitor the growth of the Church – Judas, Silas, and Agabus to mention just three.

Acts 15:22 Then the apostles and elders, with the whole church, decided to choose some of their own men and send them to Antioch with Paul and Barnabas. They chose Judas (called Barsabbas) and Silas, two men who were leaders among the brothers.

Again, we think of Paul when we think of a role model for this emerging ministry of apostle today. Look again. Because Paul was sent and went to areas where there was no viable gospel witness it became necessary to plant and establish churches for the health and well-being of the new believers. He and his team members would often stay and teach the new converts and raise up and appoint leaders. However, James the apostle who exercised oversight in the church in Jerusalem did not start the work there.

So, a sign of the apostolic anointing can be the starting of churches and organizations, but it is not mandatory. The Bible gives no indication that this is a qualification to be an apostle. And, if it were true, then would we need to call every person who has started and planted a church an apostle? Well, of course not! So then, planting a church is not a sign that someone is an apostle and all apostles do not need to have started one or more churches.

The true sign of being an apostle is the calling and anointing, the character and godly attributes, as well as the power of the Holy Spirit for miracles, signs, and wonders as 2 Corinthians 12:12 states…

The things that mark an apostle – signs, wonders and miracles – were done among you with great perseverance.

An apostle does not and can not exercise apostolic authority over any church that they choose. An apostle is only an apostle where he or she is received as an apostle.

Romans 15:20 It has always been my ambition to preach the gospel where Christ was not known, so that I would not be building on someone else’s foundation.

1 Corinthians 9:1-2 Am I not free? Am I not an apostle? Have I not seen Jesus our Lord? Are you not the result of my work in the Lord?  Even though I may not be an apostle to others, surely I am to you! For you are the seal of my apostleship in the Lord.

Colossians 2:1-2 I want you to know how much I am struggling for you and for those at Laodicea, and for all who have not met me personally.  My purpose is that they may be encouraged in heart and united in love, so that they may have the full riches of complete understanding, in order that they may know the mystery of God, namely, Christ

These local leaders, along with the Holy Spirit, were strategic in launching Paul and Barnabas into their apostolic ministry.

Acts 13:1-3 In the church at Antioch there were prophets and teachers: Barnabas, Simeon called Niger, Lucius of Cyrene, Manaen (who had been brought up with Herod the tetrarch) and Saul.  While they were worshiping the Lord and fasting, the Holy Spirit said, “Set apart for me Barnabas and Saul for the work to which I have called them.” So after they had fasted and prayed, they placed their hands on them and sent them off.

A powerful church used mightily by God and yet, apparently, without apostolic leadership or oversight.

Often today men and women who are now beginning to function apostolically once ministered in another of the five-fold ministry offices. This is also true in biblical days. Paul and Barnabas both ministered in other callings before being released into apostolic ministry by the Lord through the church in Antioch. Paul (Saul) and Barnabas were listed among the prophets and teachers and then were called apostles.

Today there are apostles who have operated for years as prophets, evangelists, and pastors-teachers before God released them into their fuller calling. (A good book to read on this concept of a calling unfolding and changing – my friend Dennis Cramer’s book “The Master’s Call” – available for purchase in our bookstore). So, God uses the other offices and related experiences as part of their training and maturing. It does enhance the apostolic ministry when an apostle takes this route into full-blown apostolic ministry.

However, we read of men such as James, Jude, and Apollos who were well known as apostles without apparently having operated in another capacity within the Church first. Then there are men like Timothy and Titus who were under Paul’s instruction and then they were released into apostolic ministry to the churches where he sent them without first fulfilling other five-fold ministry callings.

1 Timothy 5:20 Those who sin are to be rebuked publicly, so that the others may take warning.

Apostles, even if they head up their own organizations, need to be in fellowship with and accountable to other five-fold ministry leaders. If an apostle is not the overseer over a church, but has a ministry, he must be in fellowship with a local church or assembly or governing body just as all saints should be. Apostles need this protection and input. It is here that they can receive loving rebuke, correction, and discipline. Paul rebuked Peter when he was in error (Galatians 2:11-14).

If someone is an apostle and his pastor is not, the apostolic minister is not above the local leader. The pastor is his head and he must be submitted to him. Paul submitted his ministry to the leadership in Jerusalem for counsel and reported back to the leaders in Antioch being accountable to those who had sent him out to minister.

Galatians 2:2 I went in response to a revelation and set before them the gospel that I preach among the Gentiles. But I did this privately to those who seemed to be leaders, for fear that I was running or had run my race in vain.

Although I believe that a church has the most opportunity to be healthy and grow, to fulfill God’s plan and purpose for it if it is in relationship to a five-fold ministry team, especially an apostle and prophet; it is not a biblical mandate that all churches come under apostolic authority. There were numerous churches in the early apostolic period that were not under apostolic control.

The church at Antioch was started after the saints fled persecution (Acts 11:19). The elders at Jerusalem sent Paul and Barnabas to check on the work there, not to take control or even to be in oversight of the work being done.

The Jerusalem apostles and elders did not replace the leadership with their own elders or a traveling five-fold ministry team. They left the church in the hands of those who began it. In addition, we find that at the church of Antioch, no apostles were named. Only prophets and teachers seemed to exercise rule and authority.

So, as the ministry of the apostle finds wider acceptance within the Body of Christ, we must be careful to keep our perspective of this wonderful gift balanced and biblical. As the Lord reintroduces this ministry the Devil is also out there counterfeiting this wonderful gift. So, discernment and biblical wisdom will be necessary to keep from being side-tracked. deceived or derailed.

Sinking Faster and Faster into Darkness

A New Focus
Scroll to top