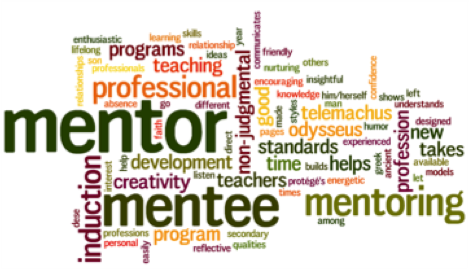 Before we look at the elements of mentoring as seen in the life and ministry of Jesus and His relationship with His original twelve disciples (listed and briefly explained in the previous blog in this series); let’s look at six reasons we should all, as dedicated followers of Jesus, be involved in both being mentored and mentoring others.

Jesus is often seen as many different things by people of a variety of religions. However, there is no denying that in essence and in action He was a mentor. His mentorees became totally committed to His mission, worked together as an effective team, and through their efforts, the Christian faith (it is not a religion) has spread to the four corners of the world.

His final instruction to us before He returned to His place in Heaven with the Father was what? “Go and make disciples” (Matthew 28:19). He is telling us, “Go and do what I did. Go and find some people who are a little farther behind you on the path, and help them take their next steps, just as I did with My disciples.” His call is universal. Its transgender. It certainly transcends vocations since none of Jesus’ mentorees were church people (nor was He).

2> You will find meaning and fulfillment

In the world today, people spend the majority of their time and money making memories for themselves and their loved ones. And, as we do we draw farther and father away from having meaning in our lives.

Pursuing meaning in our lives does not exclude having great memories, but meaning matters in a deeper and a more long-lasting way. Meaning says that the activity you are involved with is really important. Meaning says that it matters at a deep level. Meaning says the consequences of the activity will affect the people involved for a long time. Meaning says that there is a multiplier effect, that future generations of people will benefit from the thing that has meaning. It is much more than taking and organizing pictures that you took – pictures of your memories that die with you. And then the pictures are thrown out by others because to them they are meaningless as they did not have that experience nor is it a memory that they share.

Mentoring a group of young people for a season gives life meaning and has long-term meaning and effect.

3> It will sharpen you and help keep you sharp

Intentionally getting involved in the lives of young people and mentoring them is a great opportunity for the mentor to learn and to refresh knowledge that he already has. Someone once said, “We teach what we most need to learn.”

As you go through the process of reviewing what you have learned. So as to share it, you will rediscover things you have overlooked or forgotten … skills that are so much a part of your unconscious competence yet have been sitting on the shelf for years. As you share the principles that you have learned over the years from classes, books, and life experiences, you end up learning them all over agin yourself and at a much deeper level.

And, as you share with those you are mentoring you will find that they too have wisdom and understanding that they can share with you. They have knowledge gained from what they are learning and experiences that they have had. And, as they relate to you, they share these truths and insights with you and you grow as well. It is a symbiotic process that breathes new life into the mentor as you share what you know and get your knowledge base expanded at the same time.

More on this next time…

Apostolic trip to Armenia and Nagorno-Karabakh (now known as the Republic of...
Scroll to top