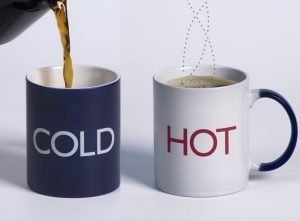 Another reason for believers becoming lukewarm and no longer either hot or cold for Jesus is unresolved conflicts.

Jesus was very clear about keeping short accounts and dealing with issues as they arose. He said, “Therefore, if you are offering your gift at the altar and there remember that your brother or sister has something against you, leave your gift there in front of the altar. First go and be reconciled to them; then come and offer your gift” (Matthew 5:23-24). Many think that the Bible states, “As much as you can, live at peace with all people, and when you are unable, live at a distance.” This is simply not biblical and never has been.

We all have conflicts, but unresolved conflicts drain our energy and sap our passion. It’s like lettering the air out of the tire. Life just goes flat.

Almost 50 years of working with people and leading churches have convinced me that the three most dangerous and damaging emotions that can fill our lives – resentment, jealousy, and anger – will kill every time. They kill relationships, marriages, and the human spirit. Sometimes we are in situations at work or home where there is constant conflict. Sometimes there is nothing we can do about it. How do we keep it from draining our lives? This is the very reason God tells us that forgiveness is so important. This is why God teaches is again and again to forgive other people.

This might be an urban legend, but baseball legend Billy Martin told this story on Late Night with David Letterman. Bill Martin was known for altercations during games, engaging in public brawls and getting himself fired. His anger was well chronicled through five decades of play. In his autobiography, he tells about going hunting with teammate Mickey Mantle. Mickey had a friend in Texas who allowed him to hunt on his ranch. Mickey drove up with Billy an went to see his friend.

When they arrived art the gates to the ranch, the friend told Mickey, “Sure, you can come in. But would you do me a favour? I have an old mule that’s gone blind and sick. He needs to be put down, and I don’t have the heart to do it. Since you’ve got a gun, would you shoot the mule?”

Mickey said that he would do it. On his way back to the truck, he decided to play a trick on Billy, who himself was known for practical jokes. Mickey acted irate and told Billy that his friend wouldn’t let them hunt.

“We drive all the way down here, and he won’t let us on his land,” Mickey said. “I’ll show him. I’m going to go shoot one of his mules.”

“You can’t do that!” Billy said.
Mickey pulled out his gun and walked down to the barn. He put the mule out of his misery and started walking back to Billy. As he walked, laughing to himself, he heard a couple of more shots. He got to the truck and Billy was gone. Billy showed up a minute later.

“We’ll show that guy,” Billy said. “I just killed two of his cows.”

Anger is a terrible master. Jesus said not to live with unresolved conflicts.