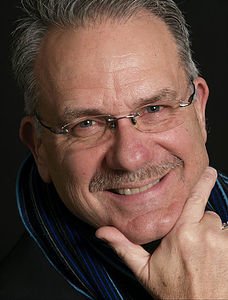 By now everyone is affected by the coronavirus. It is changing our lives whether we have the sickness or not. It has been declared a pandemic. It has stretched its deadly effects throughout the world. The fear that has been generated is in some ways justified and in others, is extreme. There is a mob mentality that has taken hold as grocery store shelves are emptied of toilet paper, hand sanitizers, paper towels, and antibacterial soaps. The shortages are created by the panic.

The medical community and the governments have teamed together to shorten and stop the spread of the virus. The fear is rooted in the fact there is no vaccine or antidote which heightens the fear. As social interaction is curtailed; it causes the spread to slow and hopefully stop. The approach, while necessary, it wreaking havoc with businesses, the economy, and the stock market. The panic is pandemic as well.

However, there is the deeply human part of this. Take away the statistics, the panic, the fear, all the scams and abuses, and there is the human side. If you lose someone you love, care for, are friends with, it becomes personal. Families are devastated, decimated, and left bereft. Grief becomes the attending emotion. Blaming government, blaming medical professionals, blaming manufacturers for not having enough capacity to produce and protect, is futile and an attempt at shifting blame. Making it racist does not bring back any of those lost to the disease and blaming only causes bitterness and anger.

I, personally, have lost a dear friend to the virus. He called me one day to let me know he was in quarantine. He let me know his wife was in the hospital acutely ill. He was concerned for her life. We talked for a while and I asked him to keep me informed how they were doing. During those 10 days he called three times with updates that his wife was doing slightly better and that he was feeling some better. The last call was on a Thursday, reporting that she would probably be released from the hospital at the end of the week and that he was gaining strength. In less than 48 hours, he was gone. I received a message that he had passed. I was shocked, dismayed, and grieving.

My friend was Jean Marc Thobois, cousin of Joel and Emmanuel, other dear friends of mine. Jean Marc was an astounding scholar, particularly of Hebrew and studies of Israel. He spoke Hebrew and studied in Israel. He was working with a team of scholars to produce a new French translation of the Old Testament. He had invited me so many times to go to Israel with him, even offering to do so with just a handful of us. I had been planning to make it with him this October as he was scheduled to lead another educational tour. So, you see, things can become very personal.

Life is fragile. Life is messy. When science finds the cure for one thing, another appears. Diseases seem to appear like they never existed before. Strains of these viruses often mutate and become stronger or more resistant to cures. Mankind will always struggle to live. It seems to me there is something in creation and the fall of man that contributes to the ongoing struggle for life. In times like these we are jolted out of complacency and acceptance of the day to day and forced to look at our mortality, the fragility of our existence, and the vagaries of living day to day. We are reminded that life can change in a moment, a twinkling of an eye, mid breath, between heartbeats.

Tragedy forces me to look beyond the uncontrollable. I have to go to someone who is the rock, the immutable, the Forever One. Thus, my only hope is in Jesus Christ who is the same yesterday, today, and forever. So, in spite of the panic, the fear, the losses, one thing holds true: Jesus Christ, Lord and Savior!

Be Confident – Be You