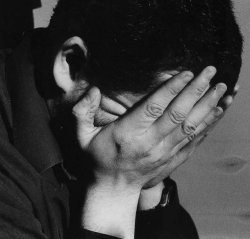 It seems that prophets have fallen upon hard times. Some have issued prophetic words that are not from the Lord. Others issue words about events after they have happened – not prophetic, just historical and hysterical. Why hysterical? Because they interpret the event giving it spiritual significance and proclaiming some major ‘Kingdom revelation’ as a result of the event. Some have issued sound words direct from the heart of God and yet because the Church is following after false revelations, myths, and leaders who “tickle men’s ears” they are not gaining an audience for the Word of the Lord. Of course, this is simply a repeat of what has been going on among God’s people since prophets first appeared in the Old Testament. However, this is a time and a season in the Church when God is raising up unknown and little heard prophetic voices in many nations who will speak a true and accurate Word of the Lord that will pierce the hearts of the men and bring them into the Kingdom. These prophetic voices will not be building big ministries and names for themselves among the saints and in the Church but will be ministering to those who do not know the Lord Jesus – both in the Church and outside the four walls of the Church.

These young prophetic voices will be forerunners of another move of the Holy Spirit when young but well-trained and mentored apostles will join with these young prophets and work in teams to plant the Gospel of the Kingdom where spiritual darkness is keeping many in bondage. They will also lead a frontal attack on the spirit of religion and the spirit of tradition and will tear down and overthrow much of the work of the devil that is accomplished in the “name of the Lord” as they uproot and destroy strongholds and the works of false prophets, super apostles and the false church. They will move into territory now held by the principalities and power of the darkness and will plant the Gospel of the Kingdom resulting in new and powerful churches growing up where there are currently none.

This move of young apostles and young prophets working together will usher in another move in years to come. They will disciple and train the new disciples and then having gathered them for a season they will be scattered to minister under the direction and leadership of these same young apostles and prophets. Under the direction of apostolic-prophetic teams this Movement of the Saints will result in a great harvest of souls for the Kingdom. And so the cycle begins afresh.

Because of the young nature of the leaders and their radical lifestyle and operation methods many will not recognize this as a move of the Holy Spirit. However, the miracles, signs and wonders will verify, in time, this truly is the work of the Holy Spirit and the power and anointing of God. As a result over the years this move will find general acceptance. This can become a death blow to the move of the Spirit if the leaders of that day are not careful. The Lord reminds them that they cannot be popular and powerful – they will need to choose which they want to be.

People Are Hungry It’s Saturday and…
Scroll to top