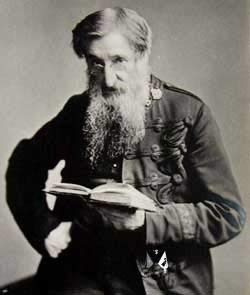 Did you know that showing compassion has measurable therapeutic value for our lives? Doing good for others does good for us. One of the benefits of showing compassion to others is that it reverses the destructive process of self-absorption, moves us into the healthy arena of seeing the need of others, and ultimately opens us up to the reality of God and His destiny for us.

William Booth, the founder of the Salvation Army, was passionate about showing compassion, especially for the downtrodden of the London slums. One day his son Bramwell entered the room early and found his father furiously brushing his hair, brushes in both hands, as he frantically finished dressing for the day. No time for “Good Morning”; Booth looked at his son and cried, “Bramwell! Did you know there are men sleeping outdoors all night under the bridges?” He’d been in London late the preceding night, and this had been a shocking sight on his way home.

“Then you ought to be ashamed of yourself for having known it and done nothing for them,” answered William Booth,

Bramwell began constructing elaborate excuses. He could never add such a complex project to all the things he had going on in his life, which he now began to name. His plate was full.

His father simply barked, “Go and do something!”

Have you ever had a Booth moment, when suddenly you saw some person or situation through God’s eyes and developed a fiery determination to see it change?

That is almost always the start of an amazing adventure with the Lord as you move forward out of self-centredness and begin to respond with compassion and meet the needs of others. Reminds me of an old saying I heard when first saved: “Find a need and meet it!”

So many believers sit and wonder what the Lord has called them to do. They want to know what their ministry is. It’s simple: “Find a need and meet it.” In doing so the Lord can then direct you and reveal to you your unique calling and personal ministry. Just sitting and waiting for a revelation does not work. It is much easier to steer a moving car than a car that is parked. So, “find a need and meet it” will get you moving and then God will steer and reveal.

Good advice: “Go and do something!”

In the Middle Of Adversity

SOMETIMES I WORRY
Scroll to top