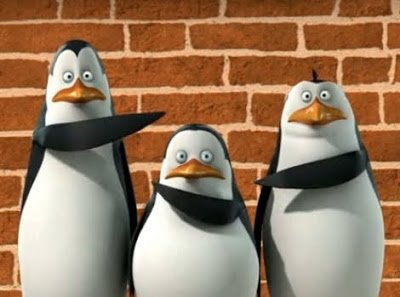 Have you ever known a person who had problems follow him wherever he went? And, that the problems often, if not always, seemed to be that he had a hard time getting along with people?

Anyone who is like our Bob would have some or all of the following four characteristics:

1> Bob is a problem carrier

The Bobs of the world carry around problems, and these problems affect others. Many years ago when first starting my ministry we were making a major change in the life of a local church. One of the leaders came to me and told me that everyone was upset with the change we were announcing and planning to make. It was a small community and the church had about 15 families who attended regularly. So, I went to each family, had coffee, and discussed the change we were proposing. As it turned out – only the man who came to speak to me had an issue with the change. And, he had been making the rounds of these families working to get people to agree with him and vote against the change. He was a Bob.

The lesson I learned – not only did I find out that we had one very vocal person, but I discovered that problem carriers spend their poison far and wide. I also learned that when someone tells you there are “lots of complaints,” then find out the source. It may turn out to be one person doing lots of complaining.

2> Bob is a problem finder

Bob also likes to find problems and expose them to others. He subscribes to Chisholm’s Second Law, which says, “Any time things appear to be going better, you have overlooked something.”

Because some people have this tendency, it is good to make a rule. My rule, again learned from my mentor … anyone who brings me a problem must also bring three possible solutions to solve it. It doesn’t take great talent to see a problem. In fact, if you look hard enough, people can find a problem in every situation. It takes great talent to solve problems. Most Bobs have no interest in doing that.

3> Bob is a problem creator

Bob always creates problems, and he usually involves others in what he’s doing. So, we have two choices every time we encounter a Bob or anyone else creating a problem. Every problem starter is like a fire lighter. And each of us is like a person carrying two buckets. One is filled with water and the other with gasoline. When we see the spark of a problem being lit, we can choose to douse it with water and out it out. Or we can throw gasoline on it and make it worse. If we want to control the amount of damage Bob can do, we need to use the water.

4> Bob is a problem receiver

Bob is usually a recipient of problems from others, and he encourages people to bring him more. In this case people see Bob as a garbage dump. Garbage trucks take their loads of trash to a place that accepts garbage. And people with problems take their gripes, gossip, and grumbling to someone who will listen and accept what they have to say. Bob allows people to dump on him and makes no effort to stop them when they are sharing. So, they keep dumping. And, they won’t stop until Bob tells then that they are not welcome any more.

Take a Look in the Mirror

The Art of Getting Along
Scroll to top