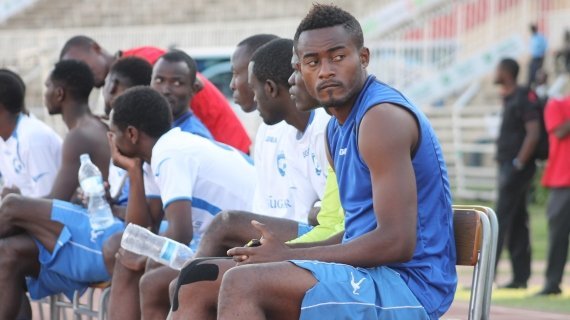 I discovered that Jesus was more than my Saviour

I discovered that he was and is also Lord

In fact, He cannot be your Saviour if He is not your Lord

And, if He is Lord than I am here to serve Him and help Him fulfill His plans and purpose

So, I discovered that Jesus was more than my Saviour from sin and hell – that He is also my Lord – Master – Ruler – Leader – Boss

In fact, I decided that the answer would always be “yes” even before I heard the question or knew what the assignment was going to be all about

For me, this is what Jesus being Lord meant in my life

In spite of, at times, feeling insecure, uncertain, fearful, insignificant, powerless, and less than qualified

Yes, if we choose to participate in what the Lord is doing we can: Fail, falter, fester, fall…

BUT, it is worth the risk and we can enter one very exciting adventure in life if we are willing to walk with Him and risk failing

We are called to walk by faith and not by sight (circumstances, situations, feelings) … So, it can be a bumpy ride at times

So, early in my Christian walk – day one in fact … I refused to be a spectator and just watch

As I travel to minister…

I also do a lot of praying for people and prophesying over individuals, couples, churches

And, as soon as the ministry time begins you can sense a click in the spirit realm

People are turning off … disengaging

They become spectators and go into “watch the expert” mode

In fact, if truth be known, the whole of the Christian faith and our walk with. Jesus is “not a spectator sport”

You cannot just get saved and then sit – Jesus said, when you are saved, we are to “go” and “do”

There was an elderly man in the front row …

Starting to walk in what he had heard the night before

Participant and not spectator…

My point … Jesus is calling each one of us to engage

AND, to become actively engaged … to no longer be a spectator … each of us needs a fresh vision for our lives and ministry

FACT: Each of us has gifts with us

And, I believe, He is asking us to “stir up” those gifts AND the call of God on our lives

Paul wrote to a young leader of the church in the city of Ephesus – 50,000 members strong

“I want you to get your fire back. You need to get your hopes back up. Don’t waste the one life you get to live.”

Paul wrote to Timothy to inspire him to ask one question:

Glad you asked – let’s look at this….

So, what is at stake? Everything!

He was young, insecure, overwhelmed, tired, and in way over his head

The fire in his soul had gone out

From all indications, Timothy had lost the passion he once had for Jesus

He was worn down and worn out – and had lost his passion, his confidence, his vision, and his nerve

He stopped caring because it was simply easier to not care

He stopped serving, because it takes less effort not to serve and no one every says thank you anyways – no one appreciates what you are doing

So, Paul writes to him and is basically saying:

You need to take a fresh look at what is at stake… Everything is at stake!!!

2> STOP BEING A SPECTATOR

A football coach in the United States described the game as:

That could also be a great description of the Church …

We have become a “spectator culture”

We watch movies
We watch television
We don’t play sports – we watch sports
We go to school and watch teachers teach
And, to live our faith, we go to church and watch preachers preach

Note: You do not grow and mature by simply learning truth (spectator) – you need to get involved in applying the truth as you live life and minister (participator)

3> STOP THINKING EVERYTHING IS IMPOSSIBLE

George Dantzig was a student at the University of California, Berkeley

Written on the board were two equations that George assumed was the class homework assignment. He copied them down.

“I’m sorry for taking so long to complete the work,” George said. “The proofs seemed harder than usual.”

“Just throw it on my desk,” Dr. Neyman said. George hesitated to throw the difficult assignment on Neyman’s messy desk because he was sure it would be lost in the stack of papers.

Sx weeks later, George and his wife were awakened on a Sunday morning by Dr. Neyman banging on their door. George opened the door and Dr. Neyman rushed in, his hands filled with papers.

“I’ve just written an introduction to one of your papers!” the professor said. “Read it so I can send it right away for publication!”

What Dr. Neyman had written on the board was not homework, but two unsolvable problems.

They were two famous unproved statistical theorems, and George had just solved them with written proofs.

George was awarded the US Medal of Science in 1975 for his work.

Imagine if George has been on time for class and heard that the problems on the board were unsolvable.

He may not even have written them down

Even if he did, he may not have kept trying to solve the problems when he noticed that they were difficult

If he had been like most people, he probably would not have even tried thinking it was totally impossible

Jesus has plans for us that are bigger than we think

If you ever think that God can’t use us…. THINK AGAIN

So, stop thinking everything is impossible

And, stop thinking God can’t use little old you …

4> START LIVING FOR SOMETHING

Listen – it is not how long you live that matters

It is not how long you live that matters

It is HOW you live that matters

Jesus said, “What good is it for someone to gain the whole world, yet forfeit their soul?” (Mark 8:36)

The average person in North America will live 28,708 days

The sum of those days is your life

Every person gives his or her life for something!

Some give their life away for a career

Some people give their lives to attain power, popularity, possessions

Some people give their lives away for money

Remember: He who dies with the most toys, still dies!

Too often we trade making history with making money
Substitute building a life with building a career
Sacrifice living for God with living for the weekend
We forgo significance for the sake of success
Pursue superficiality of a big house and a new car or truck, over a life lived large
We become saved, but not seized
We are delivered but not driven.

The Bible urges us to “live a life worthy of the calling you have received” (Ephesians 4:1)

You and I are going to give our lives for something

The question each of us must ask ourselves is this:

Is what I am giving my life to actually worth it?

But God has a whole different definition

Jesus said, “Anyone who wants to be first must be the very last, and the servant of all” (mark 9:35)

Again Jesus said, “The Son of Man (Jesus) did not come to be served, but to serve, and too give His life as a ransom for many” (Matthew 20:28)

Two words best define the Christian life: serve and give

Although you may claim to be a Christian and have all the doctrine down, you are not an authentic Christian until you learn to serve others and give your life away for others

With the only motive being to serve

6> REALIZE GOD CREATED EVERYTHING (INCLUDING YOU) TO BE USED

Three yeas ago I bought a new flashlight, put new batteries in it, and stored it in the back of the car

I had never needed it, but I knew exactly where it was

When the problem hit one night while driving, I felt well prepared – “I’ve got this”

I got out the still-brand-new, never-been-used flashlight and turned it on

I thought that was strange, because it had never been used

The flashlight was new
The batteries were new

I started unscrewing the top and heard a grinding noise

I opened it and rusty flakes started flying everywhere

The batteries were totally corroded

Batteries are made to be used
So are people

Human beings are made to serve a purpose – and when we are not serving other people, we get corroded and rotten on the inside

And that stops the light of God from shining through us

Everything was created to be used

When we are not, we end up filled with toxic emotions

Maybe that is why as so many people get older, they get less fun to be around

After you become a Christian, you’re going to end up in heaven, so why doesn’t God just take you right then?

Why are you still here?

It’s because He has something for you to do

And that is your calling, your mission, your purpose

Last but not least…

The very first response to Jesus from His disciples was this:

“Immediately they left their nets and followed Him” (Mark 1:18)

A guy once asked Jesus about how to be a Christian

Jesus said to him, “Follow Me.” But he replied, “Lord, first let me go and bury my father” (Luke 9:59)
Implied in Jesus’ comment: Follow Me right now!

The word ‘but’ contradicts the word ‘Lord’

You cannot call Jesus “Lord,” and then say, “me first.”

Jesus was basically saying four words: “If not now, when?”

As a believer – don’t procrastinate – “If not now, when?”

Pharaoh’s answer to everything was “tomorrow.”

The result – one more night with the frogs … Finally, his army was annihilated

So, make today the day when you will give fresh fire to your vision for your life

A life lived for God and with God

Today is a good day to do so – don’t procrastinate

Remember, the Christian faith is not a spectator sport….

Convictions Without Compassion Truth or Tradition
Scroll to top