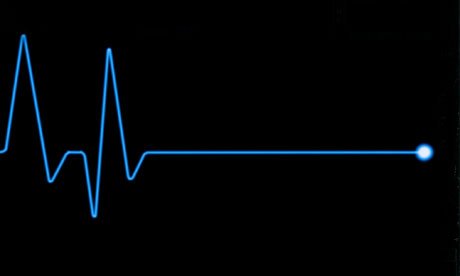 Often we become all bothered and upset by little things in our lives that are causing us a mild inconvenience. We worry over trivial things that are not even going to be remembered in a few days or weeks. And, we focus on things that are often, in hindsight, very insignificant. And all this while other believers are losing their lives because they are born again believers and disciples of the Lord – true Christians.

Often we neglect the command of the Lord to go into all the world and make disciples. We don’t take seriously the need to tell others about the Gospel of the Kingdom. Maybe we don’t honestly believe that without Jesus as Lord and Savior a person will not spend eternity in Heaven when they die but will spend it in agony in Hell. Maybe it is just too inconvenient – too much of a bother – an interruption to our comfortable and secure life.

Meanwhile our brothers and sisters – fellow disciples – are dying for their faith in nations all over the world. Here is one such recent story that crossed my desk on the 20th of this month…

The militants, who have vowed to rid Somalia of Christianity, killed Guled Jama Muktar on Sept. 25 in his home near Deynile, about 20 kilometers (12 miles) from Mogadishu. The Islamic extremist group had been monitoring his family since the Christians arrived in Somalia from Kenya in 2008, said the source in Mogadishu, who requested anonymity.

The Islamic militants, who are fighting the transitional government for control of the country, knew from their observations of the family that they were Christians, the source said.

“I personally know this family as Christians who used to have secret Bible meetings in their house,” he said.

Based on talks with the boy’s parents and their neighbors, the source said al Shabaab members arrived at Muktar’s home at 6 a.m., when his parents, whose names are withheld for security reasons, were already at work at their retail space at the Hamarweyne market on the outskirts of Mogadishu.

The extremists found Muktar as he was preparing to go to school, he said.

“The neighbors heard screaming coming from the house, and then it immediately stopped,” the source said. “After awhile, they saw a white car leaving the homestead.”

The neighbors informed the parents, who hurriedly returned home from their market stall. They buried their son’s body quickly, fearing the militants would kill them as well, returned to their market space and then fled to an unknown destination, the source said.

“When the incident happened, the parents called to tell me that their son had been killed and that they feared for their lives,” the source said. “Since then, I have not heard from them.”

On the outskirts of Hudur City in Bakool region in southwestern Somalia, a kidnapped Christian convert from Islam was found decapitated on Sept. 2. Juma Nuradin Kamil was forced into a car by three suspected Islamic extremists from the al Shabaab terrorist group on Aug. 21, area sources said. After members of his community thoroughly combed the area looking for him, at 2 p.m. on Sept. 2 one of them found Kamil’s body dumped on a street.

Muslim extremists from al Shabaab, which has ties to al Qaeda, control the area some 400 kilometers (249 miles) from Mogadishu.

A Christian who saw Kamil’s body said it bore the marks of an al Shabaab killing, according to a leader in Somalia’s underground church who lives in another city.

“It is usual for the al Shabaab to decapitate those they suspect to have embraced the Christian faith, or sympathizers of western ideals,” the leader said.

With estimates of al Shabaab’s size ranging from 3,000 to 7,000, the insurgents seek to impose a strict version of sharia (Islamic law), but the government in Mogadishu fighting to retain control of the country treats Christians little better than the al Shabaab extremists do. While proclaiming himself a moderate, President Sheikh Sharif Sheik Ahmed has embraced a version of sharia that mandates the death penalty for those who leave Islam.

Al Shabaab was among several splinter groups that emerged after Ethiopian forces removed the Islamic Courts Union, a group of sharia courts, from power in Somalia in 2006. Al Shabaab has been designated a terrorist organization by several western governments.

In Warbhigly village on the outskirts of Mogadishu, a mother of four was killed for her Christian faith on Jan. 7 by Islamic extremists from al Shabaab, a relative said. The relative, who requested anonymity, said Asha Mberwa, 36, was killed when the Islamic extremists cut her throat in front of villagers who came out of their homes as witnesses.

Following the Oct. 13 kidnapping of two Spanish aid workers from a refugee camp in Dadaab, on the Kenyan border with Somalia, and the kidnapping and murder of foreigners at tourist sites, Kenya on Oct. 16 began air strikes on al Shabaab territory in southern Somalia. Kenya Television reported yesterday that Kenyan armed forces had killed more than 100 al Shabaab militants in Kismayo in southern Somalia.

You No Longer Need To Tell People About Jesus

Taking a Look – I Am Amazed
Scroll to top