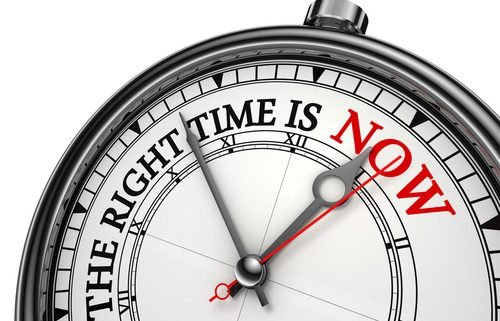 Over a decade ago I heard a prophetic word from a recognized international prophet that I was to write a book. I was busy pastoring and church planting. So, I put the word to one side and thought that I would do it later, probably much later. Several years after that the same prophet was back in the network of churches I relate to and prophetically spoke a number of things over my life – including that I was to write books. That’s ‘book’ but plural. My reaction? I went up to him and said, “What do you mean books?” I don’t have the time to write even one book – the one you first prophesied over me. Now you are saying ’books’.” I was not happy.

Did I start writing? No! I was busy ministering. Then a few years later as I was flying home from overseas the Lord spoke to me at 36,000 feet above the Atlantic Ocean. He said that writing a book or books was not taking time away from my ministry. Writing books was part of my ministry and He would make the time for it to happen. I made the decision right then to begin preparations to write books. The desire to write was released. I decided to write the books.

Did it happen? Not yet. You see, often we miss God’s best for us because we think “it is not the right time to begin.”

John Maxwell tells the story about his childhood. His father’s favourite riddle to them went like this: Five frogs were sitting on a long. Four decided to jump off. How many are left? John goes on to say, the first time his father asked him that, he answered “one.” His father responded, no, there were still five. Why? Because there’s a difference between deciding and doing!

So, I had decided but that is not the same as actually doing it. I just kept thinking, “It is just not the right time. I am so busy…”

Then I read this the other day. “The longer you wait to do something you should do now, the greater the odds that you will never actually do it.” Oh, how true! At least in my life.

So, now is the right time to start growing and developing in this new field of work and ministry. I have done more than decide. I am now intentionally doing.

Maybe you have something you know you need to do or should be doing. And, the pressure is building. But, you are still making excuses including suggesting that it is not the right time to begin. Well, it is time to stop procrastinating and move forward in your life. Now is the time to accept the next challenge and start growing even if you feel that you are not ready. Don’t wait until tomorrow.

Author and professor Leo Buscaglia asserted, “Life lived for tomorrow will always be a day away from being realized.” The reality is that you will never get much done unless you go ahead and do it before you are ready. If you are not already intentionally growing, you need to get started today. If you don’t, you may reach some goals, which you can celebrate, but you will eventually plateau. Once you start growing intentionally, you can keep growing and keep asking, “What’s next.”

It is always the right time to be intentional about accepting the next challenge and growing into it as you move forward in faith.

A Sense Of Direction

If Not…
Scroll to top