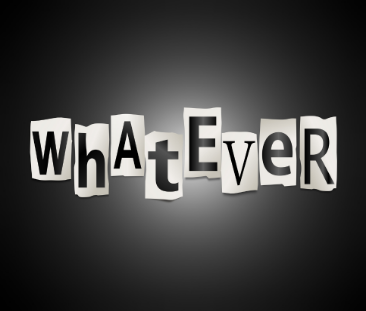 Yesterday I wrote about “Passion” and how misplaced the passion of many believers is. Today I want to share about a concern and a thought that hit me yesterday when reading my Bible. The word that summaries this blog is “indifference.”

I was reading the Parable of the Wedding Feast … a parable about the Kingdom:

Matthew 22:1-14 “Jesus spoke to them again in parables, saying: “The kingdom of heaven can be compared to a king who gave a wedding banquet for his son. He sent his slaves to summon those who had been invited to the banquet, but they would not come. Again he sent other slaves, saying, ʻTell those who have been invited, “Look! The feast I have prepared for you is ready. My oxen and fattened cattle have been slaughtered, and everything is ready. Come to the wedding banquet.”ʼ But they were indifferent and went away, one to his farm, another to his business. The rest seized his slaves, insolently mistreated them, and killed them. The king was furious! He sent his soldiers, and they put those murderers to death and set their city on fire. Then he said to his slaves, ʻThe wedding is ready, but the ones who had been invited were not worthy. So go into the main streets and invite everyone you find to the wedding banquet.ʼ And those slaves went out into the streets and gathered all they found, both bad and good, and the wedding hall was filled with guests. But when the king came in to see the wedding guests, he saw a man there who was not wearing wedding clothes. And he said to him, ʻFriend, how did you get in here without wedding clothes?ʼ But he had nothing to say. Then the king said to his attendants, ʻTie him up hand and foot and throw him into the outer darkness, where there will be weeping and gnashing of teeth!ʼ For many are called, but few are chosen.”

The dictionary defines “indifference” as: lack of interest or concern: unimportance; little or no concern: the quality or condition of being indifferent.

Those who were “indifferent” simply walked away and did not accept the invitation of the king to come to the celebrations for his son’s wedding. They were busy. Their focus was elsewhere. They lacked interest. They were not concerned, apparently, that they were directly insulting the king which might not be a good idea in the long run.

I see this today in the Christian Church and among believers. People come to the weekly assembly late and thus miss part or all of the worship to the King. And, they lack any consideration for others who are worshipping as they walk in late and interrupt what is already in progress. People texting (or even sleeping) while the teacher or preacher is bringing a message that they believe God gave them for those assembled. Not participating in the before-service and/or after-service fellowship for what I am sure are good reasons … But apparently indifferent to the need for fellowship and the benefit of building solid relationships within the local Body of Christ, the Church.

Paul writes and tells us that we should be the opposite of indifferent. Romans 12:11 is my favourite verse in this regard…

NET “Do not lag in zeal, be enthusiastic in spirit, serve the Lord.”

MSG. “Don’t burn out; keep yourselves fueled and aflame. Be alert servants of the Master, cheerfully expectant.”

Some things to note from the story:

A wedding feast could go on for days with much food and merriment. An invitation from the king would be considered both an honour and a command, but the citizens of this country at first refused the invitation, even though the king had describes the many pleasures of the feast.

The invitation to the wedding feast was given to everyone — both bad and good —  because the original invitees had refused the invitation. This detail indicated that the Gentiles were now being offered salvation because the Jews had rejected the Gospel.

Even though the final invitation to the celebration was broadcast indiscriminately, guests still had to meet certain conditions to participate in the feast, including wearing wedding clothes, which were probably given to the guests by the king himself (Esther 6:8-9; Ezekiel 16:10-13). When the king found a man without his wedding garment, the man was summarily tied up and thrown out of the palace.

The king in the parable wants the wedding to be well attended. He wants his people to celebrate this great family event with him and his son (future king). So, he sends his servants out to invite a certain group of people who were indifferent to the invite and to the inviter. Then the king sent servants to invite whoever they meet, everyone they encounter. And many prepare and come to the celebration. In the midst of the crowd, however, there is one man who has come without preparing, without dressing for the occasion. He was immediately tossed. The king wanted everyone to come but also wanted those who choose to accept his invitation to come properly dressed for the occasion. In other words, it is not a “do your own thing.” There was some preparation needed before attending.

Those listening, the priests and teachers of the law, understood that the message was that the call of the Gospel when out to the whole world, but to the Jewish people first. Relatively few accepted the Lord’s invitation to eternal life, so the invitation was extended to the Gentiles as well. However, to participate in the great feast of God, one must not only be called but also put on the king’s wedding clothes — the righteousness of Christ — accepted by grace through faith. Those without such a garment, although invited, reveal they are not the chosen.

So, everyone is called but few choose to accept the calling, the invitation. And, apparently, one of the key reasons is indifference. Which we have seen means: lack of interest or concern: unimportance; little or no concern: the quality or condition of being indifferent.

Fruit of the Kingdom
Scroll to top