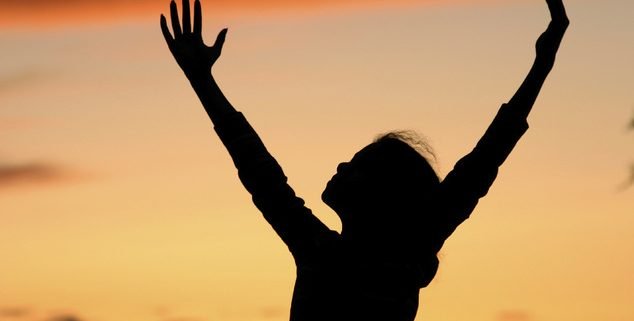 Remember your days in geometry?

Did you have a teacher who diagrammed what a difference a degree makes the farther you get from the point of origin?

If you were travelling toward a specific destination and were off by a single degree – after one foot you would be off course by only 0.2 inches. Hardly even noticeable to the naked eye, right?

But what happens if you travel a longer distance?

After a mile, you would be off target by 92 feet

Travelling from your town by circumnavigating the globe, you would miss coming back to your current location by more than 435 miles. Oops!

And if you were travelling from the earth to the sun in a straight line, you’d be off by 1.6 million miles!

Hebrews 2:1 “Therefore we must pay much closer attention to what we have heard, lest we drift away from it.”

The further we have come from the point of origin – the birth of the Church as seen in the book of Acts, chapter 2 – the wider the gap between what the first Christians believed and what we, as believers, hold to be true today

And thus the way they lived their faith as contrasted with how we, today, live our faith

Fairly clear, I would think

Jesus even repeated Himself so there would be no confusion

See, the ‘eye of the needle’ is actually a very low gate outside of Jerusalem” that a camel would need to kneel to go through as well as unload what it is carrying aa it would not be able to get through with any of its regular cargo carried on its back

Or, we simply ignore the statement altogether

Or when someone preaches from the Beatitudes…

They preach from Matthew’s version:

“Blessed are the poor in spirit”

They don’t preach from Luke’s version:

“Blessed are you who are poor”

As a result, our lives look very much like those lived by those who do not believe the Christian faith and have no use for the Word of God – the Bible

Francis Chan said, “Something is wrong when our lives make sense to unbelievers”

And, the greater the drift – the rift between truth then and truth now …

Remembering the words of Jesus, “Be it done unto you according to your faith”

So, because of our drift away from knowing and living biblical truth… and trusting God totally

Somewhere along the way, we stopped aiming for radically impossible God-sized dreams and instead settled for realistic incremental man-sized progress

I discovered that they had a deep, even radical, commitment to seven aspects of the Christian faith and the resulting Christian life-style

Seven aspects of living out the faith that changed their lives

Attitudes and behaviours that made them look more like Jesus

These seven areas are:

In the life of Jesus…

Sacrifice – He was not rich; leaving all the riches of Heaven to become one of us

But, it was more than seven things added to the way we are to live

Ten million is bigger than seventy…

Somewhere along the way, we stopped aiming for radically impossible God-sized dreams and instead settled for realistic incremental man-sized progress

Many are holding to the outward form of their religion but living without life-changing power. (2 Timothy 3:5)

Today we have made ‘surrendering to Christ” easy and comfortable, certainly not challenging and life changing

Even in our wording … “accepting Jesus”

To surrender is our heart admitting our weakness

Mary didn’t get to choose if the angel suddenly appeared

Paul had absolutely no control on the Damascus Road

The “accept Jesus” lets us pretend to play a role in encountering Jesus, but God demands that our surrender be unconditional … we do not determine the conditions or details

He is either Lord of all or not Lord at all

Spurgeon, a great British preacher of the 18th century said:

Today, most believers spend more time reading a devotional than they do the actual Bible

The Bible is a book

Breathed into it are divine secrets of the universe

Yet, most Christians are illiterate when it comes to the Bible…

Why? Because we believe that human logic is the only answer to every question

Joshua 1:8a “This Book of the Law shall not depart from your mouth, but you shall meditate on it day and night…”

This verse goes on to give us a cause and effect…

Joshua 1:8b “…so that you may be careful to do according to all that is written in it. For then you will make your way prosperous, and then you will have good success.”

God’s Word, not human logic, is what we all need and we find godly wisdom and direction for our day when we spend adequate time in His Word

May I say, that many act like everything is about them and that they are center of their focus and should be the center of everyone else’s focus

Once we, as believers, are yielded to surrender and have seen the importance of Scripture in our lives – Submission is the next critical step

This submission was seen in the early Church in two ways:

2> Submission to the principles and teachings of the Bible

They have become “Cafeteria Christians”

Philippians 2:5-8 “Have this mind among yourselves, which is yours in Christ Jesus, who, though he was in the form of God, did not count equality with God a thing to be grasped, but emptied himself, by taking the form of a servant, being born in the likeness of men. And being found in human form, he humbled himself by becoming obedient to the point of death, even death on a cross.”

Submission to the perfect will of God actually leads to more freedom and liberty being experienced – not less!

Galatians 5:13 “For you were called to freedom, brothers. Only do not use your freedom as an opportunity for the flesh, but through love serve one another.”

It is a biblical obligation for all true believers

But, often we are not involved in serving because, to be brutally honest, it is messy

It takes a lot of time

It is not about us – it is all about others

Those you help will seldom thank you

And, there are professional believers who do this for a living – leave it to them

So, give to them and let them do the work (service)

Helping in after school programs

Supporting those who are coming off of drugs

This type of service can transform lives and communities…

And still do in many challenging places among other religions

The Ignis Community is a Christian outreach that openly operates under the watchful eye of the Communist leadership. The reason? They founded a program in Pyongyang to help children with disabilities (particularly cerebral palsy) learn to walk. In addition to working with severely disabled children, the Ignis Community also distributes medicine, food, and other essentials to the remotest areas of the country. Since their service to the disabled community in North Korea is making such a difference, and since there are virtually no other treatment programs for cerebral palsy in the entire country, the government not only allows this Christian ministry to continue in a Communist country but financially supports the effort.

Self-centered, self-absorbed Christians are capable of such world-changing actions only when they are willing to surrender, willing to follow the commands of Scripture, willing to submit to authority, and willing to serve others (first four).

These seven areas are:

The first four set the foundation for the last three

Sacrifice is not giving up chocolate for Lent…

Then sacrifice doesn’t seem like a sacrifice at all

Telling others about Jesus, going overseas to share the Gospel, tithing … no longer feel like a chore and they start feeling like us giving back what was not ours in the first place

That is what makes it possible for ordinary people to give up extraordinary things – homes, careers, money, reputations, and even people they love the most

For the God who gave us everything, including His Son, sacrifice becomes our gift back to Him

With the explosion of mobile devices and other screens demanding our attention, we are constantly bombarded with data

On average, each person in North America sees up to 5,000 media messages daily!

The world today is screaming at us saying, “you need that.”

Will Rogers (comedian) states, “Too many people spend money they haven’t earned to buy things they don’t want to impress people they don’t like.”

Jesus, on the other hand, calls us to a life of simplicity

In the Kingdom economy there are many counterintuitive truths…

By choosing less in every area of our lives, we gain more

First benefit of simplicity: When we allow the Holy Spirit to search our hearts to streamline our desires, we slowly acquire proper perspective – His perspective

With it, our urgent desire to relentlessly consume fades

A second benefit of simplicity is …

The way other people, non-believers, perceive us

Acts 2:44-47 “And they devoted themselves to the apostles’ teaching and the fellowship, to the breaking of bread and the prayers. And awe came upon every soul, and many wonders and signs were being done through the apostles. And all who believed were together and had all things in common. And they were selling their possessions and belongings and distributing the proceeds to all, as any had need. And day by day, attending the temple together and breaking bread in their homes, they received their food with glad and generous hearts, praising God and having favour with all the people. And the Lord added to their number day by day those who were being saved.”

These believers still had homes to live in

So what were they doing?

This simplicity led to unity, generosity, and joy

For most of Christianity’s history, persecution has been part of life

Even today, persecution is the norm for much of the world’s non-Western Christians

Being driven from your home, losing your job, or even death by beheading is the punishment for being a Christian in many parts of the Islamic world

Russian pastor Nik Ripkin states, “For us, persecution is like the sun coming up in the east. It happens all the time. It’s the way things are. There is nothing unusual or unexpected about it.”

In the west where we live, the idea of suffering for the gospel is virtually unknown

Most democracies have laws protecting the freedom of religion

It is not a coincidence that in parts of the world where persecution still exits, people there are on fire to share the gospel of Jesus

But in most modern Christian circles, evangelism is dead

We have stopped sharing the story of Jesus

Revelation 3:16-17 “So, because you are lukewarm, and neither hot nor cold, I will spit you out of my mouth. For you say, I am rich, I have prospered, and I need nothing, not realizing that you are wretched, pitiable, poor, blind, and naked.”

These 7 elements of the Christian life are the call of Jesus that radically transformed the world 2,000 years ago and can do it again

They are the path back to a dynamic and vibrant faith

They are the way back to living with the miraculous

Peter writes, “But you are a chosen race, a royal priesthood, a holy nation, a people for his own possession, that you may proclaim the excellencies of him who called you out of darkness into his marvellous light.”  (1 Peter 2:9)

Another version: “a peculiar people”

In the world but not of the world

Every other religious faith wants to escape the world, but Jesus wants us to renew the world. That must start with a renewal of ourselves.

I was told to go to church, read my bible, pray, tithe, worship… all actions and disciplines that are good … but they don’t really bring life transformation

So, You Are Saved – Now What?
Scroll to top