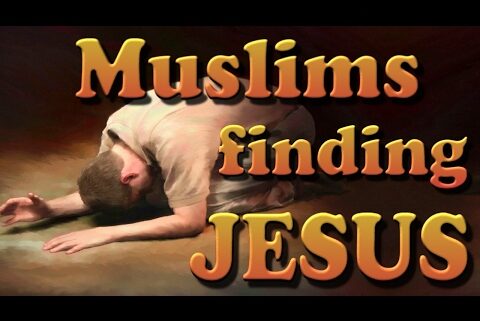 The young apostle moves on to a Central Asian country…

During my time there, a forty-three-year-old-Muslim-background believer somehow heard through the oral grapevine that a Westerner had come to his country wanting to discover how Muslims were finding Jesus and what challenges these converts were experiencing as they lived out their faith in hostile environments. I still have no idea how he learned that I was coming or where I would be.

It turns out that Pramana traveled 29 hours to find me. He had lived his entire life in a remote, tropical, and rural region of his third-world country. He had never before been on a bus. He had not even traveled on a paved highway. Yet, somehow, he found me in one of his country’s major cities. Upon his arrival, he matter-of-factly announced: “I have heard about what you are doing. You need to hear my story also.”

This man had been born into a people group with a population of 24 million. In his people group, there were only three followers of Jesus, and no church. The only religion that he had ever practiced or known while growing up had been a sort of folk Islam. Pramana knew the Quran by rote. He couldn’t actually speak Arabic, so (as an oral communicator from an oral culture) he simply memorized the words of the book as if they were part of some sort of magic formula. He knew the story of Mohammad, of course. But he had never heard of anybody called Jesus, he had never met a believer, and he had no idea what a Bible was.

“Five years ago,” he told me, “my life was in ruins. My wife and I were always fighting; I was ready to divorce the woman. My children were disrespectful. My animals were not growing or multiplying. My crops were dying in the fields.

“So I went to the imam of the nearest mosque for help,” Pramana continued.

The imam, who also functioned as the local spiritualist, told him, “Okay, son, here is what you need to do. Go buy a white chicken. Bring it to me and I will sacrifice it on your behalf. Then, go back to your village to meditate and fast for three days and three nights.  On the third day, you will receive the answer to all the problems that you are having with your wife, your children, your animals, and your crops.”

Pramana did exactly as he was told. He went back to his village. He meditated, he fasted, he waited. Then, as he explained it: “I’ll never forget, on that third night, a voice without a body came to me after midnight. That voice said, ‘Find Jesus, find the gospel.’”

This Muslim man had no clue what that even meant. He didn’t know if Jesus might be a fruit or a rock or a tree. Pramana told me that the voice without a body also said, “Get out of bed, go over the mountain, and walk down to the coast to name of city (a city where he had never been). When you get that city at daybreak, you will see two men. When you see those men, ask them where such-and-such a street is. They will show you the way. Walk up and down that street and look for this number. When you find that number, knock on the door. When the door opens, tell the person why you have come.”

Pramana did not know that it was an option to be disobedient to the voice (Holy Spirit). He simply assumed that he was required to obey what he had been instructed to do. So he went. He didn’t even tell his wife that he was leaving, let alone where he was going. It turns out that he would be gone for two full weeks. During that time, his family had no idea where he was.

Pramana simply got out of bed, hiked over the mountain, trekked down the coast, and arrived at the specified city the next morning at daylight. He saw two men who told him where to find the street he wanted. He walked up and down that street until he found a building with the right number on it. He knocked at the door. A moment later, an older gentleman opened the door and asked, “Can I help you?”

The younger man declared: “I have come to find Jesus; I have come to find the gospel!” In a flash, the old man’s hand shot out from the darkened doorway. He grabbed Pramana by the shirt, dragged him into the apartment, and slammed the door behind him. The old man released his grip and exclaimed, “You Muslims must think I am a fool to fall for a trap as transparent as this!”

The very startled and confused traveler replied, “I don’t know if you are a fool or not, sir. I just met you. But here is why I’ve come.” Then Pramana told the older man the story of how he had come to be there that day.

The Holy Spirit of the Living God had led this young Muslim man through his dream and vision and his obedience to the home of one of the three believers in his 24 million people group. Stunned, the older man explained the gospel to this young Muslim man and led him to Christ. For the next two weeks, the old man discipled this new convert in the faith.

That had been five years ago. Now, Pramana had made another journey. This journey was to find me and to tell me his remarkable story. He had travelled 29 hours to share how his life had changed since he had found Jesus. There had been blessings and trials and tribulations during the last five years, but his life had clearly been changed in startling ways.

You know — that sounds so much like the story of Saul of Tarsus finding Ananias to instruct him in the teachings of Jesus – Acts 9.

I read these stories and something inside me starts to cry…

There is this hunger for the New Testament times to become real once again in this day and time … and, if I may say, in my life

There is a deep dissatisfaction right now – inside of me – that what I have, what I’m experiencing, what I know as Christianity is no longer enough

And, I have begun to think through what needs to change for me to experience more of God in my life

The Book of Acts Today!