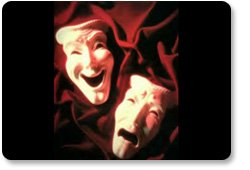 There is still much to be learned about the apostolic and prophetic ministries and their respective anointings. However, one thing is clear from the scriptures – as God reintroduces these ministry offices into the Church there will arise in the land many false apostles and prophets. This will increase as the end of the age approaches. Not every individual preaching in the Name of the Lord is His servant. The enemy seeks to destroy the work of God in the earth through imitation. Therefore, the enemy sets his false ministers in the Church (and on television and radio) to undermine the work of God’s chosen vessels. False ministers are here, but the saints are not to be afraid of falling into deception. False ministers actually provide a service to the Church. The Bible states:

For there must be also heresies among you, that they which are approved may be made manifest among you.  1 Corinthians 11:19 KJV

When Paul used the word ‘heresies’, he was speaking of divisions and those that cause them. False ministers seek to keep the Church in perpetual dissension and division. Their ministries put hostility between believers with the intent to create a following for themselves. The answer to “How do false ministers provide a service to the Church?” seems non-existent. However, the statement of Paul provides a simple explanation. False ministers help us to recognize true ministers of God.

Paul said that there must be heresies (and those that cause them) among you so that those who are approved (right, true, and anointed) might be made visible. The ministries of false ministers demonstrate to the Church the improper way to minister. Therefore, when true ministry is in operation, it can be received without fear.

There are some things to look for that indicate whether a person is a false prophet or false apostle. In fact, these ‘characteristics of false ministers’ stand true for any false minister.

“Watch out for false prophets. They come to you in sheep’s clothing, but inwardly they are ferocious wolves. By their fruit you will recognize them. Do people pick grapes from thorn bushes, or figs from thistles? Likewise every good tree bears good fruit, but a bad tree bears bad fruit. A good tree cannot bear bad fruit, and a bad tree cannot bear good fruit. Every tree that does not bear good fruit is cut down and thrown into the fire. Thus, by their fruit you will recognize them.  Matthew 7:15-20

One true way to recognize false ministers (including apostles and prophets) is by the fruit that they bear. Fruit refers to their lifestyles and not their ministries. God will often bless those being ministered to in spite of the ‘false-ness’ of the minister. He is just that much in love with His children and that eager to bless them. So, we judge a minister by the fruit in his life, not the fruit in his ministry caused by the grace of God and God’s gifts and callings which are irrevocable.

Godliness to false ministers means prosperity and healing. They seldom teach against sin. They promote serving God for what you can get.

If anyone teaches false doctrines and does not agree to the sound instruction of our Lord Jesus Christ and to godly teaching, he is conceited and understands nothing. He has an unhealthy interest in controversies and quarrels about words that result in envy, strife, malicious talk, evil suspicions and constant friction between men of corrupt mind, who have been robbed of the truth and who think that godliness is a means to financial gain.  1 Timothy 6:3-5

They only preach that you belong to God and should have the best. They promote the concept that God only wants you blessed, without declaring that God also wants character, integrity, and holiness in His people. Their doctrine focuses on the miraculous work of God and His blessings, exclusively. They promote God’s blessing, rather than God and His Christ. They teach individuals how to prosper in God without living for Him.

Because of the sin present in their personal lives, false ministers will preach strongly concerning God’s mercy and forgiveness. They will never speak of the discipline and correction of God.

For they mouth empty, boastful words and, by appealing to the lustful desires of sinful human nature, they entice people who are just escaping from those who live in error. They promise them freedom, while they themselves are slaves of depravity – for a man is a slave to whatever has mastered him.       2 Peter 2:18-19

Emphasis is placed upon the loving and compassionate God and not the God that requires holiness and righteous living from His people. They strongly promote the idea that we are free in Christ. However, the message of liberty is not balanced. The result will be individuals who feel that because they are free and God offers forgiveness, they can sin without fear. Consequently, they can and often do return to the bondage of sin.

False ministers love money. They are skilled extortionists. Messages surrounding money and finance will be systematic. The messages will be designed to inspire believers to give money to them. In this way they prosper and this show that their message was true.

In their greed these teachers will exploit you with stories they have made up. Their condemnation has long been hanging over them, and their destruction has not been sleeping.  2 Peter 2:3

False ministers will promise great blessing and reward to those who give to their ministries. They pervert godly principles of ‘sowing and reaping’ and ‘blessing the man/woman of God’ in order to trick people into giving into their ministry. They only see dollar signs when they minister to people.

False ministers will hate God-given authority. A rebellious spirit oppresses their minds. They are not afraid to speak against godly leaders in the Church to their own destruction.

In the very same way, these dreamers pollute their own bodies, reject authority and slander celestial beings.   Jude 1:8

Many false ministers have genuine conversion experiences. They entered ministry by the call of God. However, consistent rebellion, sin, pride, and greed caused them to wander from the truth.

If they have escaped the corruption of the world by knowing our Lord and Savior Jesus Christ and are again entangled in it and overcome, they are worse off at the end than they were at the beginning.  It would have been better for them not to have known the way of righteousness, than to have known it and then to turn their backs on the sacred command that was passed on to them.  Of them the proverbs are true: “A dog returns to its vomit,” and, “A sow that is washed goes back to her wallowing in the mud.”  2 Peter 2:20-22

Peter wrote that false ministers did escape the pollutions of the world by Christ. However, they returned to their sins and filthy ways. Consequently, Peter added, they are worse than they were before their initial conversion. It serves as a warning to every minister. If the love of money, pride, and sin are not rejected, the road to becoming an enemy of God becomes inevitable.

Jesus states that false teachers, false Christs, false apostles and prophets will arise. They have and it is time for believers to test and prove all things and not be so gullible as to believe everything that is taught in the Name of the Lord.

A Church EXPANSIVE With Energy

Can Believers Have Demons?
Scroll to top