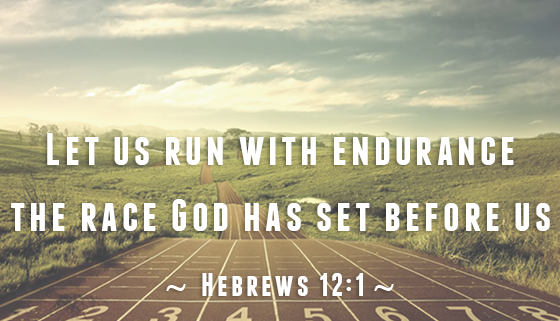 We have been chatting about what should happen when we are persecuted. To start with we should EXPECT to be persecuted when we are living life as followers of Jesus and speaking up for what is right and true.

Then we saw that Scripture tells us that we must ENDURE the persecution and respond only in love as Jesus did.

I would make a personal comment here: I have found that if I am earthly-minded and self-centered, I will always feel the sting of critical people. But if I’m walking close to God and my life is His, then by faith I can rise above the smaller-minded criticisms.

If you are facing persecution — or should I say when you face persecution — turn to God. EXPECT persecution. ENDURE persecution. By His power, even EMBRACE it, as Peter advices. “Beloved, do not be surprised at the fiery trial when it comes upon you to test you, as though something strange were happening to you. But rejoice insofar as you share Christ’s sufferings, that you may also rejoice and be glad when his glory is revealed …Yet if anyone suffers as a Christian, let him not be ashamed, but let him glorify God in that name” (1 Peter 4:12-13, 16). Don’t be shocked when persecution comes. Take it another step: EMBRACE it. Rejoice that in some small ways you are counted worthy to suffer with and for the One who suffered for you.

When someone says something cruel about you because of your faith, don’t be ashamed. Instead, thank God that you belong to Jesus. Praise God that He’s chosen you. Never react with some defensive or hateful rebuttal. As you’re led and enabled by the Spirit, either respond in love or realize that you don’t always have to respond. Ultimately God is your Defender. And you live for Him.

Yes, it’s really tough when other people shoot at you. Believe me, I understand. All of us want to be liked by others. When you read a hundred positive comments about something you did and one negative one, which do you focus on most? If you’re like me, it often takes only one negative voice to drown out all the positive ones.

By faith, rise above the criticism. When persecution comes, EXPECT it. ENDURE it with the One who endured it for you. And by His power, EMBRACE it, thanking God that He is with you.

And that’s the truth.

What Do You Worship?
Scroll to top