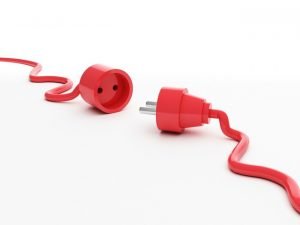 I was recently in a church where they are impacting their community and making a difference. That should be the norm for churches but it is not and that is why this church was so different, so dynamic, so alive. It had many of the trappings that most churches have – buildings, programs, worship, youth worker, home groups, and a paid staff. But, the people were seriously influencing and impacting those around them – their neighbours, their friends, their families, and those that they worked with.

This was so different than most churches I work with that it stood out and was so very evident and “in my face” in a good way. I mean, let’s admit it, you could shut the doors of the average church and the community wouldn’t even know that they were gone. Why? Because most Christians and churches are disconnected from the people and needs in their own community.

The Bible teaches us to be separated from the world, but as Ed Cole once wrote, “We preach separation, and practice isolation.” Somehow we have removed ourselves from the mainstream of everyday life in fear of being influenced and sucked into the things of the world.

One author wrote: “In my area, 87 percent of people do not attend any church, and it seems like it doesn’t really bother anyone. This is amazing to me…”

….everyone’s alarm bells would go off! Any one of those would be considered a crisis.”

Yet somehow it never dawns on good Christians churches that the same kind of ordinary people who flocked to Jesus two thousand years ago are now staying away in droves. Forget the church bells – our alarm bells should be ringing off the walls.

A pastor was playing golf with three business men he did not know. The conversation, as it usually does with men, started with what they did for a living. The pastor, when it was his turn to share, gave his usual answer. “I pastor a church for people who don’t like church.”

Everyone laughed. One guy said, “Must be.a big church! Let’s admit it, nobody wants to go to church!”

To which the pastor responded, “It is, and you’re right.” He wasn’t being rude – he was just being real. We are the ones who have disconnected from real people like him.

It is time to reconnect. After all, an appliance works much better if it is plugged in. We, the church, need to plug in and impact the community.