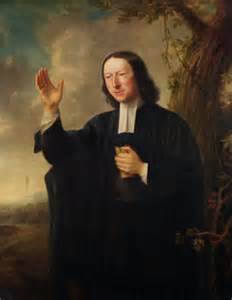 John Wesley once said: “Give me twelve men who love Jesus with all their hearts and who do not fear men or devils, and I care not one whit whether they be clergy or laity. With these men I will change the world.”

I believe that he was, and still is, right. I know that he happens to be one of very few heroes that I have, but he is right. God is not interested in our amazing education nor is He interested in the man-made system of ordination. God looks to the heart of things and the heart of man and determines who He can and will use to change the world and expand His Kingdom influence. I believe we have placed too much emphasis on and concern over unqualified leaders looking at people from our standards and understanding of qualified. This has brought much trouble to the Church and prevented her from doing as commanded – going into all the world and making disciples. This failure to use those who have not received a professional clergy education as leaders has been a gross mistake that has been very costly to the Kingdom.

Jesus did not go to the Levites who were the professional and qualified of His day. He did not go to the religious institutions of His day to pick the men He would use to lead out in building His Church. He chose fishermen and ordinary men whom He then discipled, mentored, and empowered by the Holy Spirit releasing them to do the work of the ministry.

God loves to use the little things and the weak things.

In every movement that has had worldwide significance in the spread of the Gospel of the Kingdom throughout the history of the Church, ordinary men and women have had a leading roll. John Wesley understood the heart of God, choose people willing to give their lives for the cause of the Kingdom, discipled, trained, and equipped them and mentored some. He released them to minister publicly and outside the four walls of the organized Church. This was not without a great cost to him personally and publicly.

To preach the Gospel in the open air in John Wesley’s day was the height of sacrilege and a serious affront to the established Church. It was unthinkable in the Church of England (John was an Anglican priest) to stand outside of the walls of the holy sanctuaries to proclaim the sacred Word of God. The Wesley brothers (John and Charles) and their friend, George Whitfield, suffered years of persecution for breaking the long-standing traditions of the established Church, but this did not deter them. They knew the Scriptures and were convinced that if Jesus could do such things it was acceptable for them to do the same.

So, throughout my ministry I have chosen to do many things that were not the norm for the day. And, I have chosen to invest my time, emotion, and energy in young men who are willing to go with God regardless of the cost. Some of these young men have failed me and some have, more importantly, failed the Lord and not walked in their calling and ministry. But, there are those who have remained faithful, not let pride get in the way, have learned to serve, and are now ministering powerfully for the King and the Kingdom.

Like John Wesley I am always on the lookout for men who are hungry for more, want to do what God is asking them to do, and are willing and humble enough to grow and learn from others. And, willing to pay the cost no matter what it may be. I continue to take them into my heart, disciple and mentor them, and release them, in time, to continue to expand the Kingdom as the light moves into the darkness.

This year (2016) I have begun to take some of the more promising ones with me on the many trips overseas that are planned and scheduled for the coming months. Last November (2015) was my first time doing this as the Lord had just spoken to me about it. It was an amazing apostolic journey and ministry in the nation of Kazakhstan. The practice will continue as I follow the example of the Lord and of John Wesley.

It is an honour to have them join me and to watch them blossom and grow.

Let’s Do It Biblically

A Church Is a Church
Scroll to top