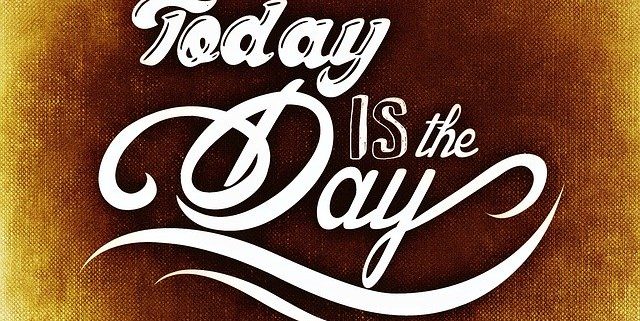 Well, I just finished several hours of conversation with a wonderful Christin man here in my city. We have known each other for many years, even decades. So, a long coffee and a chat about an upcoming event that I will not be able to participate in because I will be in the nation of Vietnam. However, he needed someone to bounce things off of and give feedback and suggestions regarding what is being planned.

During the conversation I was thinking about how out of touch with reality – today’s society, culture, and younger generations – the Church really is. I spoke up and shard what I was thinking and what I know by experience as I speak with both believers and non-believers. I shared because I honestly think we need to be much more aware of what is happening around us and what the current trends are so that we don’t continue to be, in many ways, irrelevant in the eyes of the world.

A positive example of an organization that is recognizing reality and grappling with it is the Canadian Legion. They have come to realize that their membership is dwindling rather quickly as those who fought in World War One and Two and other lesser wars since the end of World War Two die off. So, they have begun to advertise in the media for new members. You don’t need to be old. You don’t need to have been in the armed forces or have fought a war. If you want to help with their programs and be a part of their corporate life then you are welcome to become a member.

In Canada there are several negative examples of being out of touch with the world. Radio Shack use to be a key player in the electronics business – even selling some of the earliest desktop computers. However, they did not keep up with the times and their stores closed one after another. Some underwent a major revamping and became Circuit City but the major role that the original company played was never recovered. The business is a shadow of what it once was.

A second example would be the Christian Church – especially denominational churches. We are living in challenging times. Our society here in North America is post-Christian. Our world is now centered around instant communications and social media. We don’t wait until 11:00p to watch the evening news. You can watch it on-line any time you want. We text. We don’t often call. People shop on-line … yes, even for a church to attend. You can get better music and worship on line than in the local church. The same can be said for teachings. And yet we often simply do what we have always done and wonder why the results are dismal. The Church is thus seen as irrelevant and, like the dinosaurs, something that will soon die off. So, Com’n church – it is time to change.

Again, to share the Gospel of the Kingdom with non-believers today is totally different than 40 years ago. In fact vastly different than even 10 or 5 years ago. The younger generations no longer enters a church building for wedding or funerals. Most take place in alternate facilities. The younger generations do not have a Bible or have really never read one if they happen to possess one. The Bible is not seen as inspired or even God’s Word to people. Common church words like sin, sinner, repent, justification and sanctification simply have no meaning and no reference point to even glean some meaning from them. We need to adjust our approach (methods) accordingly. Not the message. Just the methods we use to share the message.

And then you read in Acts 17 where it talks about disciples of Jesus entering the city of Thessalonica and the townspeople panic because those who have turned their world upside down are coming to their city.  (Acts 17:6)

We need to become aware of what is happening around us and then change so as to respond in a meaningful, in-touch way. Thus we would actually be able to influence and impact where we are living with the Gospel of the Kingdom. We need to become a counterculture and no longer settle for being a subculture. Jesus was a radical revolutionary who hated religion and loved people. We should follow in His footsteps as we take the good news to those He loves and died for on the cross.

So, com’n church! If we want others to find Jesus we need to speak into where they are at. On a daily basis people struggle with depression, addictions, loneliness, financial issues, relational stress, paying the bills, and a multitude of other issues. They are not thinking about the mark of the beast and the abomination of desolation (Matthew 24:15) with the approaching of the end times and the rapture. Com’n church! Let’s get real and become aware of what is going on around us outside of the small and closed off church world that we find so comforting and safe. Let’s speak into our culture and society and talk about things that matter to those who are not saved.

Teach Us To Pray