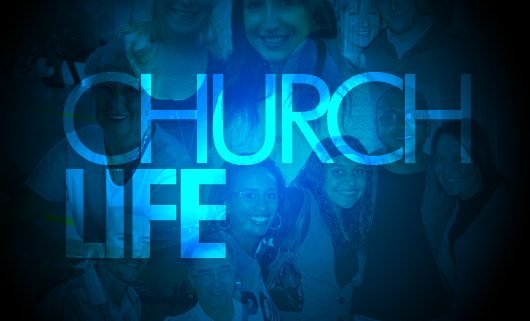 I enjoy reading the Book of Acts. It is the story of the birth of the early Church and its growth as it spread into the majority of the Roman Empire over the first several decades. And, each and every time I read through this exciting account I see more about the life of the Church and Church life in the beginning. And, I gain fresh understand and admiration for the early Church recognizing that we today have much to learn from them if we want to become a viable option for the younger generation today.

The early believers lived what they believed. In fact, they made life choices on the basis of their beliefs. Every day, according to Acts 2:42, they met daily and during these times learned the basic doctrines of the Christian faith – the “apostles doctrine”. Then, they lived out their beliefs in every day life. For this reason people joined with them in their faith and became members of their community of faith. This was a daily occurrence. The saints in Jerusalem sold their real estate holdings and gave the money to the Church so that the poor could have their needs met. They were sharing their faith daily because they actually believed that people went to hell if they did not have a personal relationship with the Living God through Jesus Christ (Romans 6:23b and John 17:3). They lived what they believed.

In the early Church their function determined their form. In the early Church the people had their needs met by other members of the Body of Christ. There was no official ruling class of priests or pastors. Everyone had a ministry. The five-fold ministers (Ephesians 4:11-12) had the task of “equipping the saints for the work of the ministry.” There are 59 “one another” verses in the New Testament and, as Paul explains in 1 Corinthians 12, the various members of the Body ministered to the other members of the body. The clergy-laity (expert – amateur) divide did not yet exist. And, the five-fold ministry team would help to “equip the saints” for this ministry.

So, the early Church was both inwardly focused helping their own members without neglecting the outward focus of telling others about the Lord and seeing the lost saved.  In fact, their form and function enabled them to influence and impact the unsaved.

They lived in “community” and were involved in each other’s lives on a daily basis. They were connected, supportive, and involved. Transparent, vulnerable, and accountable. They were literally the “body” of Christ in their world. Because of this form they were known to unbelievers as “those who loved one another.”

Thirdly, their mandate determined their methods. The early Church understood their mandate. It was “to go into all the world and make disciples” (Matthew 28:19). It was to continue and complete the task that Jesus came to do … “seek and save the lost” (Luke 19:10). The mandate was a large determining factor in the way they lived (see above) as well as in their methods of outreach.

They understood their culture; they were connected to the real world in which they lived; they were in the world but not of it … they were not so different from the world as to be strange and “separate.” They did not speak “Christianese” but related to others in the working language of the day. They were naturally supernatural and not strange, spooky, super-spiritual, and scary like a lot of believers today. They simply lived life with a new focus or perspective, new values, and an attitude that allowed them to fulfil their mandate.

The first Christians allowed their beliefs to determine their behaviour. Their function determined their form. And, their mandate determined their method. We would do well to study to Book of Acts and see exactly what they did and how they did it … and then think deeply about what you (we) do and how you (we) do it. Maybe as a result we will change and become more relevant than we are, touching our communities with the love of God as found only in Jesus.

Very pragmatic but it worked… as the early Church impacted, influenced, and changed the Roman Empire.